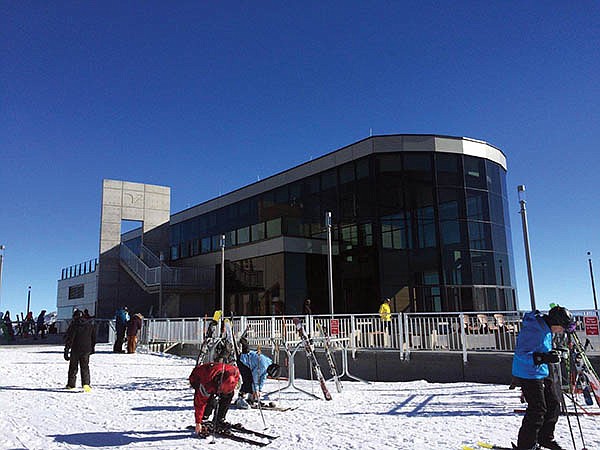 The Summit is a high-altitude guest-services center and mountain restaurant with views of spectacular surroundings. Projects have challenges, purpose, and meaning, yet some projects mean a lot more to owners. It takes a visionary to leave a legacy, and Richard “Dick” Bass, founder of Snowbird Ski & Summer Resort, Sandy, UT, was such a man. Bass is acknowledged as the first person in the world to climb to the highest point on each of the seven continents, which he completed in 1985 at the age of 55. He also spent almost 45 years building Snowbird into a world-renowned, year-round destination mountain resort. It’s no wonder that after a lifetime of overseeing the development of approximately 2,500 acres of steep hillside just 25 miles from downtown Salt Lake City and climbing the world’s highest peaks that Dick Bass would want to build his legacy on a summit. Snowbird’s acreage is covered by an average of 500 in. of low-density, dry Utah powder annually and accessed by a collection of ten chairlifts and one aerial tram. The tram takes passengers along a 1.6-mile cable up 2,900 vertical feet to the resort’s highest point, Hidden Peak at 11,000 ft. It was here at the peak that Bass envisioned The Summit, a high-altitude guest-services center and mountain restaurant with limitless views of spectacular surroundings.

A structural barrier between the foundation and the mountain was achieved by filling the void with EPS Geofoam blocks. “Designs for The Summit have been under consideration for roughly 20 years,” said Tang Yang, principal with GSBS Architecture, Salt Lake City. “We partnered with Luis Ulrich of Lu’na Design Studio [Salt Lake City] to conceive what is now a 23,000-sq.-ft., glass-enclosed lookout capsule perched high above the resort sprawling below.” The Summit accommodates cafeteria-style dining totaling 400 seats, service areas and ski-patrol offices, staff space, and mechanical equipment. A large outdoor patio and a wraparound deck allow visitors to peer over the Wasatch Range and Mineral Basin below. “The vision was to provide non-skiers with panoramic mountaintop views in a comfortable, secure space yet is in an environment that faces winds of as much as 135 miles an hour and temperatures in the low negatives. These are not everyday design challenges and that really speaks to what it takes to build on such a site,” continued Yang. Layton Construction, Sandy, UT, a general contractor that has been building large commercial projects in Utah since 1953, joined Snowbird and GSBS on the project in 2013. The construction schedule was phased over two summer seasons. In 2014, crews raced from the earliest spring thaw to clear the site and put in most of the structure’s concrete footings, foundation, steel structure, floor decking, and concrete work. In 2015 roofing, glazing, mechanical, electrical, plumbing, drywall, interior finishes, and concrete finish work, including a unique snowmelt system integrated into the upper decks was completed. “On the construction side, the biggest challenge was simply getting men, materials, and equipment to and from the site,” said Layton’s assistant project manager, Cooper Darling, who had previous experience working on mountain projects but never at such steep access. “The site is only accessible by either the aerial tram or an unpaved mountain road and that made things a lot more complicated,” he said. As an example, Darling notes that a concrete-hauling truck making the round trip took six hours, mainly due to the sharp switchbacks and brittle, icy conditions. Throughout both building seasons, snow and ice were continually cleared from the road to avoid slide offs and many of the switchbacks required drivers to back up in sections where there wasn’t sufficient turning radius. A key to solving the logistical challenges for material hauling came during the pre-construction phase, when Layton took the unusual step of hiring their client as a subcontractor on the project. “Snowbird’s drivers know the road and the mountain far better than commercial drivers ever could,” said Darling. “It made a lot of sense to use their people and equipment to get things to the top.” Simultaneously, the tram carried most laborers to and from the summit each day and was also used on a more limited basis to transport construction materials. On a few rare occasions, the mountain road was impassable with snow, and a helicopter was used to get materials to the top.

Foam-Control Geofoam was set in place and then covered with four inches of free-draining gravel and a concrete patio slab.

While the complexities of the site and situation made design and construction more complicated than normal, there was one component of the project that was surprisingly uncomplicated. During the first season of construction, excavation for the new foundations stretched across the site to the tram structure’s existing foundation wall on the edge of the mountain. Built some 43 years earlier with CMU block, Yang and the designers at GSBS Architecture knew the tram’s foundation represented a possible vulnerability. Backfilling with the excavated soil would potentially expose the foundation’s walls to lateral pressures caused by natural soil resettling after construction. “We didn’t want any additional loading in the form of settlement to be added to the tram’s foundation walls as the result of the new building,” says Yang. “We developed a structural barrier between the foundation and the mountain by filling the void with EPS Geofoam blocks from ACH Foam Technologies [Westminster, CO]. EPS Geofoam is a lightweight material with high compressive strengths and predicable performance.” Builders, such as Layton Construction, often find the foam to be particularly well suited to difficult circumstances where a lightweight structural fill is needed. “ACH Foam developed shop drawings for configuration of the Geofoam blocks,” said Darling, who worked with the vendor to develop a just-in-time delivery schedule to be accommodated in a single trip up the mountain. “Once the Geofoam was on the top, it was surprisingly easy to work with,” he continued, remarking that the large, dense blocks were moved into place by hand with just two laborers. His team also used a hot wire cutter to customize blocks as needed. Once the Foam-Control Geofoam was set in place it was then covered with four inches of free-draining gravel and a concrete patio slab. “Special considerations require special products,” said Yang. “This was a special project for all of us for many reasons and we’re all proud to have played a part in realizing Mr. Bass’ dream.” 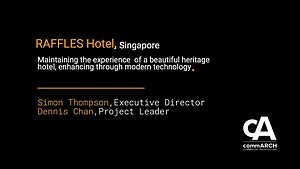