Consistent Heating And Cooling Down By The River

February 28, 2017 - by commarchtest Send this article to a friend 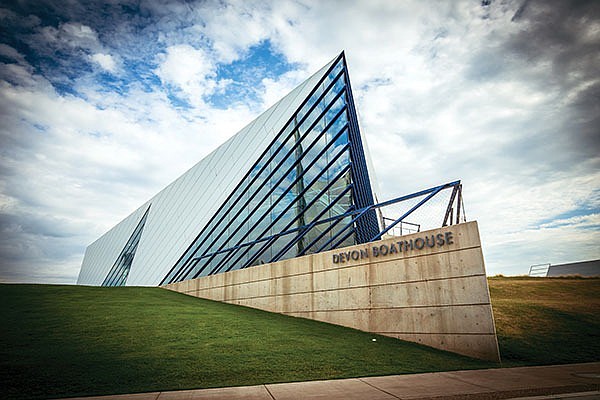 VRF equipment from Mitsubishi Electric serves a variety of needs at the Oklahoma City Boathouse District.

The HVAC system’s indoor and outdoor units at the Boathouse District needed to be unobtrusive.

A facility with so many spaces, and with each space dedicated to occupant experience, required an HVAC system with advanced controls. “This is about access—the ability to remote in and change things on the fly. A high level of access and control means you can manage energy costs and customers’ comfort. VRF offers that kind of access,” said Riggs. VRF was also extremely flexible and discreet in its design. The Devon Boathouse features glass and polycarbonate walls to create an open feel. To match that aesthetic, the HVAC system’s indoor and outdoor units needed to be unobtrusive. Riggs said, “We couldn’t have anything on the roof—that’s just how it is on the whole campus. Nothing on the roofs. Everything must be straight lines. And all of the buildings on campus are triangles, so they have this crisp, clean look. We needed a system that could match that.” Damon McClure serves as the project manager for the Boathouse District’s mechanical contractor, Harrison-Orr Air Conditioning LLC, Oklahoma City. “Most of the HVAC selection at Devon was definitely about achieving a discreet look. Trying to hide everything with a four-pipe system with a boiler, for example, would have been very hard. At the same time, energy efficiency was important. There are event rooms that need to be heated, and also training rooms that need to be kept at 66 F all the time, receiving cooling even in the winter. Devon needed a system that would make economical use of consumed energy. Heat pumps with heat recovery offered the ability to zone properly given the diversity of the space.” With VRF identified as the preferred technology, the team then decided on Mitsubishi Electric for “the support. They’re always doing upgrades. They won’t leave you behind,” said Riggs. Riggs said the installation process was “pretty quick. The condenser units go in good and clean, and the flexibility of the indoor units has let us do some unique things, like taking out soffits and putting units in there.” McClure has also been impressed with the manufacturer’s training offerings: “We sent several of our guys to a training class in Texas a few months before doing the Devon Boathouse. The hands-on training is invaluable when working with VRF.” For Riggs as an end-user, no specific training was needed: “The system was simple to learn, in terms of using the controls. And the controls have been effective.”

After such a positive experience, the campus continued using VRF on other projects. The next was the Chesapeake Finish Line Tower, or what McClure described as “a unique cantilevered building—unique in terms of look and structure. It’s shaped like a triangle with five floors and a basement, and each floor is cantilevered off of the main structure. It has castellated beams, so we worked with the engineer to find a path for the ductwork through the beams’ holes. We also concealed the indoor units above the ceiling.” The tower’s outdoor units also required a creative solution since “the architect didn’t want the outdoor units to be visible. So we put them in the basement. They pull in natural outside air ventilation. In the winter they reject heat into the basement, and in the summer they reject heat outside, all to keep the equipment running at peak efficiency,” said McClure. The CHK|Central Boathouse was designed and built next. It features a performing-arts venue, art gallery, and workout center. Like the Devon Boathouse, the CHK|Central Boathouse created the HVAC challenge of having a big variety of heating loads and unique spaces. McClure said, “A range like that can only be done with this kind of system. So we did four VRF systems for this boathouse. One is a straight heat pump—so, no heat recovery. That’s for the performing-arts venue. The load in that space varies a lot, so we needed a system that could ramp up when there were lots of people there, and then ramp down when there was no performance going on. That space also had to be acoustically sound.” After the second boathouse, the project team began yet another project: the SandRidge Youth Pavilion. The pavilion is a smaller space, coming in at 2,000 sq. ft., and serves as a space for concessions, retail, and sports activities. To match the Boathouse District’s general look, the pavilion is a triangular building. Tom Berkeley is the project manager at Lingo Construction Services, Oklahoma City, the general contractor for several of the campus projects. He said, “With SandRidge, we wanted to maintain the design integrity—the high-level, contemporary look—by hiding the HVAC. We didn’t want to see ductwork, and wanted the ceilings to be as tall as they could be.” He continued, “Our other big HVAC concern, of course, was the people load. You’ll get 10,000 people in the area on a busy weekend, and many will go through the building. It could be 100 F outside with people coming in and out of the building, so keeping people comfortable was a big concern.” Comfort has not been an issue, though. Berkeley said, “We haven’t had any problems. Everything is good; the system is doing exactly what we wanted it to do.” The most recent project, Riversport Rapids, matches the other buildings in architectural beauty and HVAC challenge. McClure said, “This building is a lot bigger than the others. It has a large restaurant, a pro shop, a locker room, a big kitchen, and a large seating area… and then cubicles, offices, IT closets, and warehousing. So it’s not just a large building, it has all sorts of spaces.” The project team installed four VRF systems, concealing the outdoor units “behind a mechanical screen where you can’t see them.” As with the other projects, it could have been difficult to find an HVAC solution that looks and sounds discreet and that ensures comfort across a variety of spaces and loads. With Mitsubishi Electric, this was not a problem. McClure said, “I think of this as an architectural feat, especially since it’s a high-performance building.” Riggs echoed that sentiment for the overall Boathouse District project: “Working with the systems has been great. They’re unlike any other systems, and they’re fantastic. Very usable.” That usability goes a long way. The Boathouse District has become a hugely popular area destination. It’s no wonder: its beautiful buildings offer spaces to train Olympians, take in a show, do recreational or sporting activities, or just sit back and enjoy a nice, comfortable afternoon. 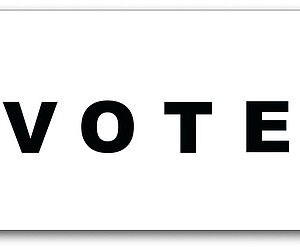