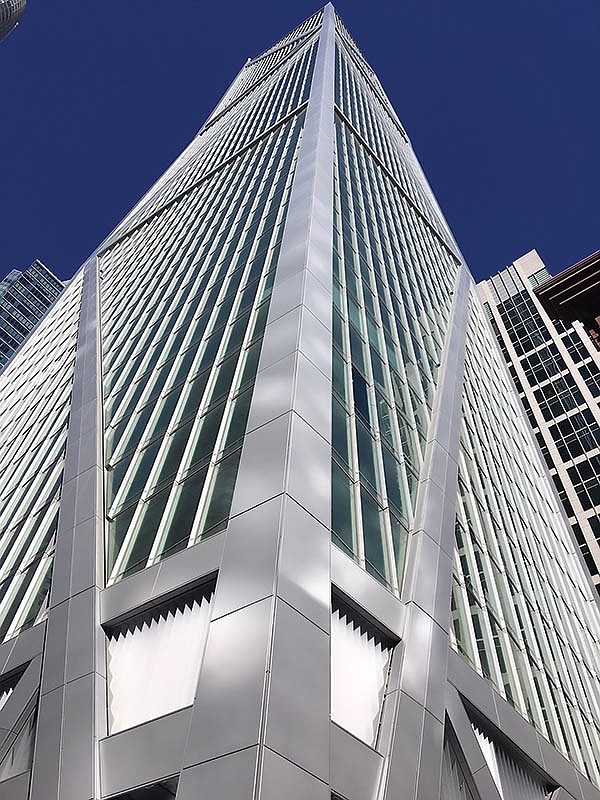 In a city famous for its beautiful light, the deadliest firestorms in California’s state history brought an eerie post-apocalyptic shade of orange to San Francisco’s skies earlier this year. High wind and hot temperatures from Northern California wildfires cast many parts of the area in hazy, dusk-like shades of orange and red. Because fire has been a perennial threat to San Francisco since the city’s earliest days, the building codes that govern perimeter fire barriers are particularly rigorous. Three new skyscrapers adding beauty and interest to San Francisco’s skyline—181 Fremont, Park Tower at Transbay, and Salesforce Tower—are supporting life safety for their occupants through carefully planned perimeter fire barriers. Simply defined, the perimeter fire barrier system is a compilation of installed materials, that when tested to ASTM E2307 conditions (ASTM International, West Conshohocken, PA, “Standard Test Method for Determining Fire Resistance of Perimeter Fire Barriers Using the Intermediate-Scale, Multi-Story Test Apparatus”) must remain securely in place for the time period equal to the fire-resistance of the floor assembly. While building-code requirements are straight forward, the unique design elements that contribute to a building’s architectural aesthetic typically present challenges when it comes to specifying materials for the perimeter fire-containment system. Various design elements such as curved spandrels, angular symmetry, and complex curtain walls in the three buildings, presented unique concerns for team members collaborating on the perimeter fire-containment systems. However, not every building material in the perimeter fire-containment system was difficult to specify. All three buildings contain Thermafiber, Wabash, IN, Firespan and Thermafiber Safing mineral-wool insulation to support passive life-safety systems. Fire tested to ASTM E119, Thermafiber has been shown to withstand temperatures well above 2000 F. Another life-safety consideration was the height of all three buildings. Sadly, skyscrapers around the world have been the target of terrorist attacks. Addressing potential liability risk that could arise in the event of a terrorist attack was an important consideration in selecting the insulating material used. Using products certified by The U.S. Department of Homeland Security’s “Safety Act” designation provides architects with protection against liability related to acts of terrorism. The Safety Act also protects several related parties involved in perimeter fire-containment systems including curtain-wall manufacturers and fire-stopping contractors. Here, we look at each building’s perimeter fire-containment system and how the insulation and curtain-wall teams collaborated to honor the design aesthetic while complying with codes. The unique design of 181 Fremont required every floor to be evaluated in terms of the perimeter fire-containment barrier assembly and required a proprietary mechanical fastening assembly.

Completed in 2018, the mixed-use skyscraper towering 802 ft. into San Francisco’s skyline houses office space on lower levels with luxury condominiums above. The building’s intriguing curtain wall featuring a complex lap-shingle profile and large, diagonal columns present a unique angle of the façade at every intersection. The complexity of the curtain wall and geometry of the building necessitated a highly customized approach to the perimeter fire-containment assembly system. Thermafiber Insolutions, a Thermafiber consulting service, collaborated with curtain-wall manufacturer and contractor Benson Industries, Portland, OR, to secure the third-party engineering judgments required to address San Francisco’s building codes while honoring the building’s unique geometry. 181 Fremont’s intersecting angles required a robust anchoring system to attach the insulation to the curtain wall. In addition, the differentiated spaces between where the wall and edge of the floor slab intersect on each floor presented the team with additional challenges to curtail “leapfrog” spread of fire up the sides of the building. Section 715.4 of the International Building Code requires that the void created at the intersection of a floor/ceiling assembly and an exterior curtain-wall assembly be protected. The unique design of 181 Fremont required each and every floor to be evaluated in terms of the perimeter fire-containment barrier assembly and a proprietary mechanical fastening assembly—Thermafiber Impasse insulation hanger system. From a sustainability perspective, the 70% minimum recycled content in the insulation products contributed valuable credits toward a LEED Platinum targeted energy label.

Park Tower at Transbay presented an unusual challenge. The building’s design featured a back-pan assembly installed on the inside surface of the spandrel façade, a feature more widely used in the Midwest and Eastern United States.

Also completed in 2018, the 43-floor office building, Park Tower at Transbay, pre-certified for LEED Gold, presented an unusual challenge for a West Coast skyscraper. The building’s design featured a back-pan assembly installed on the inside surface of the spandrel façade. Back pans are much more widely used in the Midwest and Eastern regions of the U.S. to address moisture-management challenges. Typically, the choice of moisture-management systems is left to mechanical engineers and the various analysts who address the thermal, vapor, and air movement aspects of a building. However, use of a back pan was important to preserve the architect’s design and ensure insulation would not be visible in some parts of the building. As Thermafiber Insolutions and Benson Industries evaluated options for perimeter fire-containment assemblies, it became clear that only a few assemblies for back pans were listed. Among the options available, none would meet the construction details required for the building’s facade. While the available options could be adapted to work within the design of Park Tower at Transbay, doing so would be cost-prohibitive for the façade manufacturer. Faced with this dilemma, the teams donated materials and expertise to develop an alternative assembly design that would comply with building codes. The next challenge was testing the assembly in time to avoid any construction delays. The collaboration resulted in a new system (CW-D-1037) that was tested and approved in less than a year. Again, recycled content in the insulation contributed points to help Park Tower at Transbay achieve pre-certified LEED Gold.

Salesforce Tower needed a customized approach to perimeter fire containment. Thermafiber drew from a repository of test data dating back to the 1960s, as well as third party and internal test data.

San Francisco’s tallest structure, Salesforce Tower, is also the tallest building west of the Mississippi River. The building soars to 1,070 ft., accommodating 61 floors and enclosing 1.4 million sq. ft. The square geometry is offset by rounded corners composed of insulated glass panels, and the top third of the building tapers to a perforated-metal screen at the building’s pinnacle. In addition to helping conceal mechanical equipment during the day, at night the scrim provides a backdrop for illuminated public art. As with 181 Fremont, design details required new ways of thinking about the perimeter fire-containment system. While the rounded corners of Salesforce Tower contribute to the building’s visual interest, team members found that no listed assembly met the needs of the arced façade. Additional evaluation found variances such as the wider spandrel opening, curved curtain wall, and the radius details at the corners of the building that presented special concerns when specifying the assembly. To address these conditions, Thermafiber drew from a repository of test data dating back to the 1960s, as well as third party and internal test data specific to the conditions. The evaluation was further supported by running a parallel engineering analysis with a third-party engineering firm. From a review perspective, Salesforce Tower’s perimeter fire-containment assembly system was supported by reviewed drawings and engineering judgments provided by Thermafiber Insolutions. The recycled nature of these insulation products helped the building achieve outstanding floor-to-floor fire separation in compliance with building-code requirements while also contributing to valuable LEED credits toward Platinum certification.

While every building has unique nuances, some takeaways are clear when it comes to perimeter fire-containment barriers. Engineering judgments must be specific and represent conditions unique to the building. The engineering judgment must address every detail of the curtain-wall construction to support the hourly fire-resistance rendered. Collaboration between the curtain-wall manufacturer and the perimeter fire-containment assembly team is critical to identifying potential challenges and achieving desired performance. The International Firestop Council (IFC, Tulsa, OK) has provided recommendations on writing engineering judgments titled “Recommended IFC Guidelines for Evaluating Firestop Systems in Engineering Judgments.” The guide places a strong focus on the importance of assemblies addressing specific conditions and configurations within the building. Fire is a threat to building occupants regardless of region. In the event of a multi-story building fire, the integrity of the building design and proper installation of the firestopping system represent the first line of defense. Such a high burden of responsibility places pressure on architects and firestop contractors to properly install code-compliant perimeter fire-containment systems. Collaboration between AEC and firestop parties along with a tight focus on specific conditions relative to the perimeter fire-containment system and engineering judgments can help support life-safety and code compliance. Thermafiber Firespan Thermafiber Safing Thermafiber Insolutions The Skyscraper ASTM E2307 ASTM E119 Benson Industries International Building Code International Firestop Council 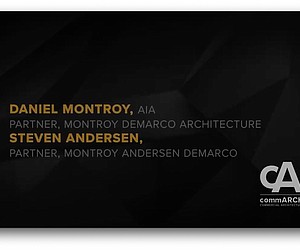