Flindt Garden from Louis Poulsen: Connecting People with the Outdoors 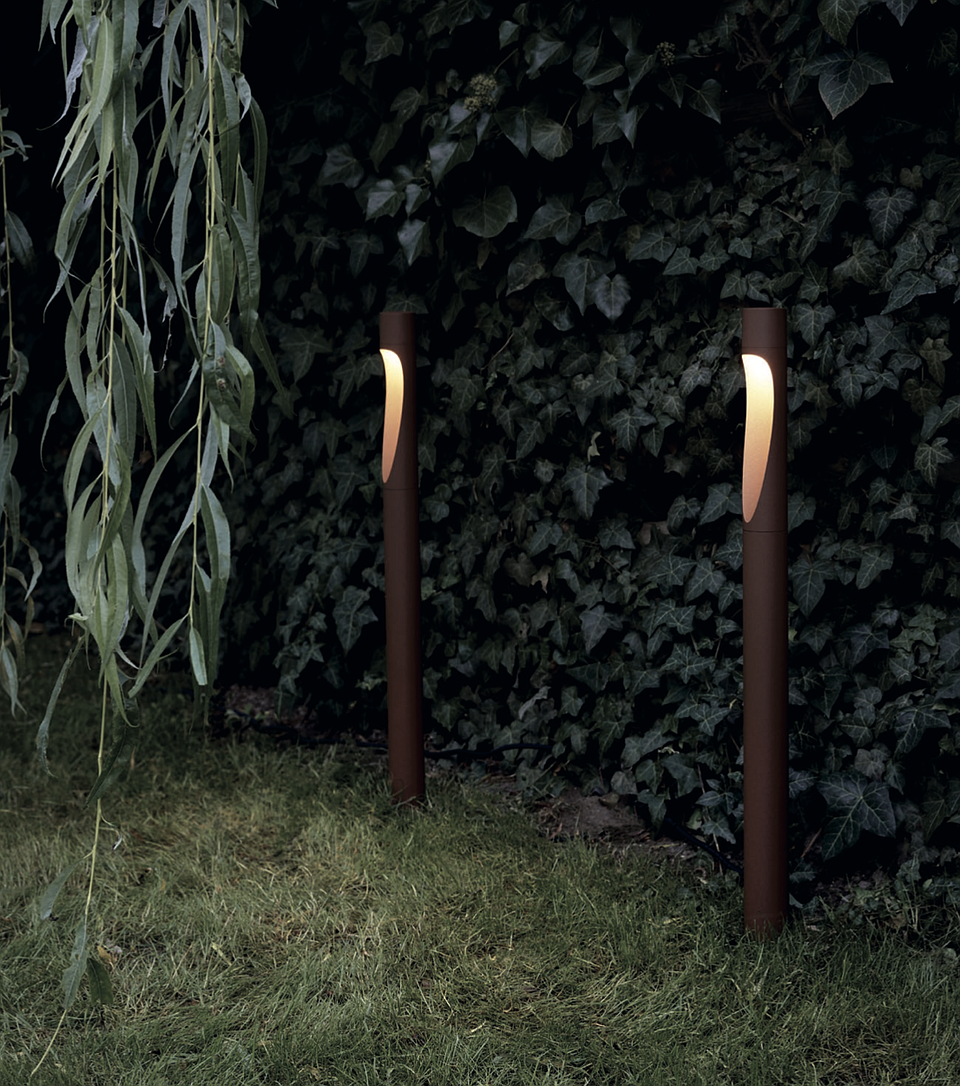 Flindt Garden is a new, flexible bollard that is scalable in height and available in three different mounting options.

The idea behind the sculptural design of the Flindt family was born in 2011 when a more refined type of bollard was required to illuminate a park next to an exhibition at the Danish Kunsthal Brænderigården exhibition space, which is known today as Viborg Kunsthal. The fixture was so well-received that Louis Poulsen decided to de- velop it further. In partnership with Christian Flindt, the bollard was enhanced in terms of materials, light distribution, and efficiency. It was introduced as the "Flindt Bollard" at the Light + Building trade fair in Frankfurt in 2014.

Following his success with the Flindt Bollard, Christian Flindt created Flindt Garden, a downscaled bollard, which has been perfected for easy on-the-spot installation in both commercial and residential outdoor spaces.

The Flindt Garden bollard is part of Louis Poulsen’s flexible garden collection, which offers instant illumination in outdoor living spaces. The bollard brings life and comfort to outside spaces, without compromising the quality of the light or the design.

What are its uses?

With its sculptural cut-out and materials selected to complement outdoor environments, the Flindt Garden connects and blends in with its surroundings. The Flindt Garden bollard can be extended with up to six bollards, each placed as far apart as five meters, to truly stand out in repetitive installations. This flexible and minimalist bollard is just as beautifully suited to natural environments as it is to urban gardens.

The Flindt Garden bollard emits a wide, downwardly directed, glare-free light. The light source rests at the top of the fixture, inside the asymmetrical cut-out on the side of the bollard, where the gradient serves as a reflector that softens the light and forms an attractive organic shape on the ground below.

“In the daytime, sunlight creates a play of shadow and light in the geometry of the bollard, and at night, when natural light fades, the artificial lighting displays the exact same geometry in a new way. Flindt Garden will bring out accents in the garden, in landscapes, or on roof terraces, allowing you to explore and feel comfortable in outdoor spaces at night.”

“With Flindt Garden, the Flindt family is a complete family for outdoor areas. The common design language of the different fixtures is the shape that is cut out of a simple form to become a reflector. Depending on how the cut is made, the light is emitted differently. This also reflects the way in which the geometry of the Flindt family works to shape light in various outdoor appli- cations,” says designer Christian Flindt.

Flindt Garden balances simplicity and refinement in a sculptural design that blends beautifully into any garden or outside living space.

“Outdoor living has become more relevant than ever. People are moving outdoors and using outdoor spaces almost as an extension of their interiors. They are going outdoors, having dimmed lighting in the evening, and prolonging the day with friends and family outdoors for leisure activities or dining. We believed that bringing the Flindt family into the garden and outdoor living segment was natural,” says Kasper Hammer, Director, Product & Design – Architectural & Outdoor at Louis Poulsen.

The Flindt Garden is available in two different heights and with three different mounting options.

The bollard is available in a warm corten or aluminum finish.

The Flindt Garden bollard will be available in spring 2021.

Copenhagen-based lighting, furniture, and industrial designer Christian Flindt (born 1972) has established an international reputation with his fresh, daring designs and an experimental approach geared toward inspiring new connections between people. Flindt graduated with an MAA and MDD from the Aarhus School of Architecture in 2002 and opened his own design studio in 2003. He began working with Louis Poulsen in 2006, developing the Flindt 220 floor lamp, the Flindt 220 pendant, the Flindt 475 pendant, the Flindt Bollard, the LP Grand pendant, and the Flindt Wall.

His work with LED design has repeatedly highlighted his ability to connect disparate fields such as lighting and furniture design. Flindt has won numerous awards for his designs, including the Bolig Magasinet Design Award for his Flindt range for Louis Poulsen, and the 2014 ELFORSK Prize from Danish Energy for the Flindt Bollard.

Founded in 1874, the Danish lighting manufacturer Louis Poulsen creates products that encompass the duality of design and light. Every detail in the design has a purpose. Every design starts and ends with light. Louis Poulsen offers a range of lighting aimed at the com- mercial and domestic lighting markets, with lighting fixtures and solutions for both indoor and outdoor applications. In close partnership with designers and architects like Poul Henningsen, Arne Jacobsen, Verner Panton, Øivind Slaatto, Alfred Homann, Oki Sato, and GamFratesi, Louis Poulsen has established itself as one of the world's key suppliers of architectural and decora- tive lighting. Louis Poulsen has a global presence with dedicated showrooms in Copenhagen, Miami, Oslo, Los Angeles, Tokyo, and Dusseldorf.

Additional information is available at www.louispoulsen.com.