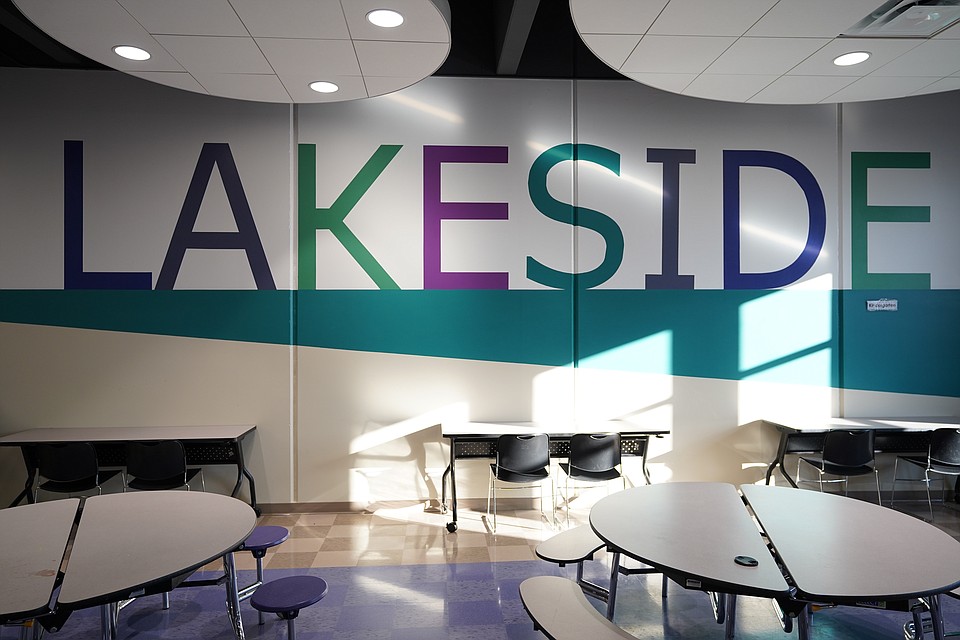 What was the problem?

Lakeside Elementary School is just 30 miles away from the site of the deadliest tornado touchdown in American history. In 2011, an EF5 tornado tore through Joplin, MO, leaving an enormous stretch of devastation in its path. The tornado killed 158 people, injured 1,150 others, and caused a total of $2.8 billion in infrastructure damage.

As a result of this tragedy, along with increasing pressure from parents and staff to protect the community, Pittsburg School District set out to update its high school, middle school and four elementary schools to include safe rooms. As one of the district’s most outdated schools, Lakeside Elementary required a significant addition to bring it up to FEMA P-361 standards and to provide much needed space for dining and food preparation.

“One of the biggest issues at Lakeside Elementary School was the distinct lack of a modern storm shelter or safe room,” explained Aaron Hight, project manager, Crossland Construction. “Students and faculty were forced to shelter in the basement, which was dark and quite scary for young children.”

The basement shelter was not the only issue. Continued population growth in the community surrounding Lakeside Elementary School meant that the cafeteria could no longer meet the daily needs of 300 hungry students. Plus, the school lacked a central gathering space for events, parent-teacher-association meetings, and community gatherings.

What were the solutions provided?

Architect Chad Greer of Corner & Greer Associates sought to address these problems with a multi-purpose space. “Classroom expansions and tornado-rated glass retrofit windows were not an option with this structure since it was such an old building and the classrooms wouldn’t withstand the direct hit of a powerful tornado,” explained Greer. “That’s why we wanted to build a new space that could accommodate all building occupants in a central location during a weather emergency.”

Early in the process, Greer designed a pre-cast double tee roof structure. Knowing that standard roof construction wouldn’t be robust enough, he designed the structure so that the strong bond of the flange and the two webs are capable of withstanding high wind loads. This means the long span covered the full cafeteria without support columns. The construction allowed the cafeteria to be large enough to fit the entire school population while resilient enough to withstand tornadoes and extreme weather without the need for unsightly support columns and beams.

Greer was also adamant about including a bank of windows in the new space. This would allow natural light to permeate the cafeteria, saving on energy costs and adding much needed daylighting. Windows would also allow children to see the playground. However, the addition of windows required either tornado-rated glass or another solution to protect the cafeteria from flying projectiles during a tornado.

“The sleek design of StormDefender allows it to be embedded directly into the infrastructure of the building, hiding in plain sight when not in use,” Said Rick Williams, vice president of global sales, CornellCookson.

“But most importantly for this project, StormDefender is tested and certified to FEMA P-361 requirements, along with ICC500 standards. It’s a true lifesaver in the face of extreme weather events like tornados and hurricanes.”

This impressive specialty door also meets UL10B and UL1784 standards when equipped with a fire-rated smoke gasket – adding to its life safety credentials.

“While there were some space concerns regarding the large head unit and coil size of a rolling door, StormDefender features the smallest on the market so this was not a major issue during installation,” said Hight. “The only thing we needed to move was lighting and electrical conduit,” he added.

“This is a great example of where listening to building professionals helped with real world situations,” added Williams. “By engineering a rolling door of this caliber with the smallest head unit on the market, StormDefender is able to be used in a larger variety of designs and projects.”

In addition to StormDefender doors, P-361 rated hollow metal doors were specified throughout the space to protect the entrances for the school, kitchen and vestibule. 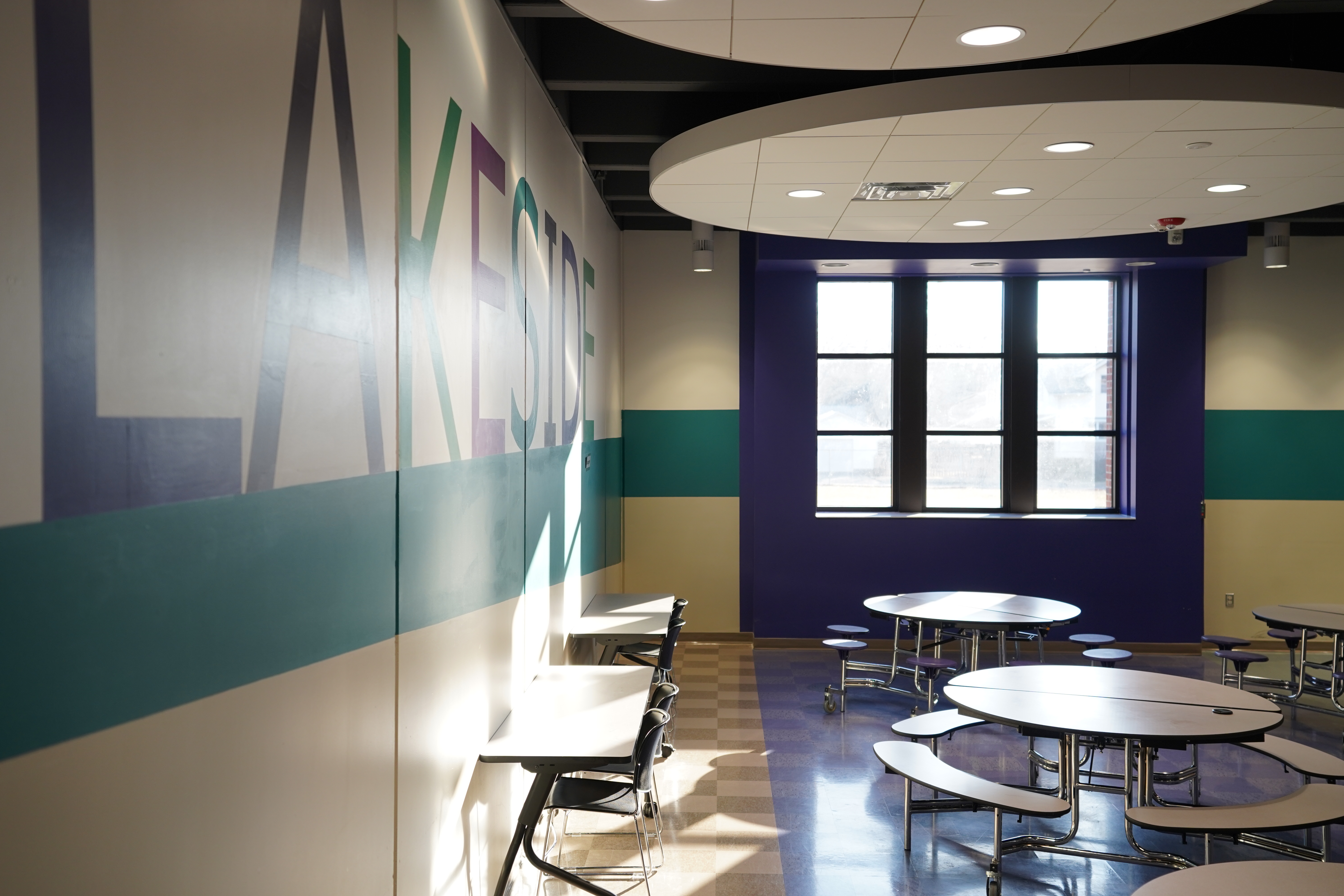 What were the results?

The new Lakeside Elementary School addition houses a bright and playful cafeteria for its students complete with a modern commercial kitchen. The exterior materials also blend in beautifully with the historic character of the original school building.

“School district administrators are very happy with how the new facility ties in the with existing building,” added Greer. “Plus, the students love the design elements that showcase school pride and graphics in the space. Instead of four white walls, they have a visually interesting cafeteria and safe room that belongs to the school’s identity.”

“Parents have commented that they enjoy everything from the lighting to the design to the openness and even the flow of the new space,” said Tom Stegman, chief operating officer of Pittsburg Community School District. “This has helped with anxiety surrounding extreme weather and is a comforting space for students and staff.”

NOTE: The Lakeside addition was one of several projects completed for Pittsburg Schools. Safe room and STEM classroom additions were completed for Westside Elementary, Meadowlark Elementary and George Nettels Elementary, while renovations and additions to the High School and Middle School included a gymnasium and safe room.