Gensler Adds Local Culture and Flair to Workplaces, Inside and Out 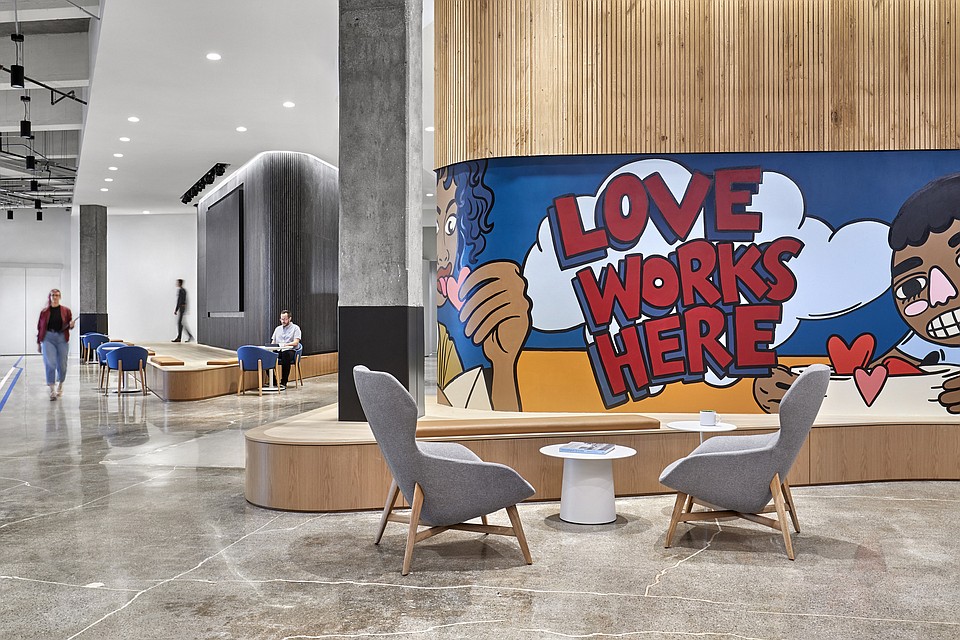 Gensler, a global architecture, design, and planning firm with 49 locations across Asia, Europe, Australia, the Middle East, has completed several workplace projects recently that incorporate art on both the inside and outside of buildings.

Willis Tower, Chicago
As part of a larger effort to open the Chicago icon back to the community, Gensler worked with the client to design a new building base, creating a highly active, neighborhood-scaled experience that supports Chicago’s rich tradition of public plazas and world-class art. Installed on the Jackson Boulevard-facing façade of Willis Tower, “Atmospheric Wave Wall” by world renowned artist Olafur Eliasson was inspired by Chicago’s bodies of water, Lake Michigan and the Chicago River, incorporating tones of blue, green, and white among curved tiles which create a dynamic experience activated by the motion of people walking, driving, or biking past. 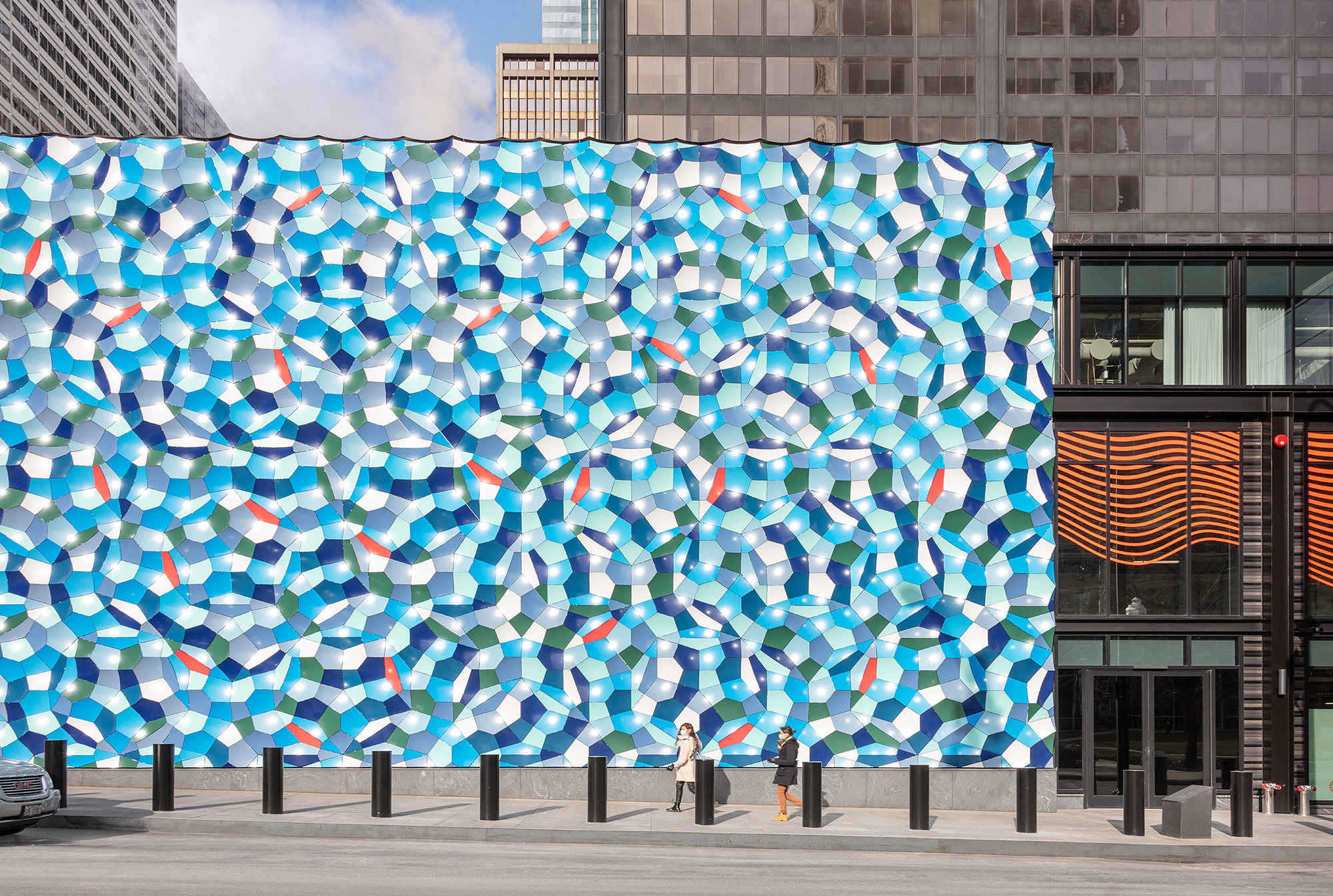 Love Works Here, Chicago
Located at the heart of the office, “Love Works Here” by Chicago-based muralists Mosher and Sentrock speaks to the client’s people, historic building location, and beloved city of Chicago. Beginning with the Chicago skyline on one end, the mural transitions into a scene of people packaging hearts into envelopes, paying tribute to the building’s past as the city’s post office while conveying company values of inclusivity. 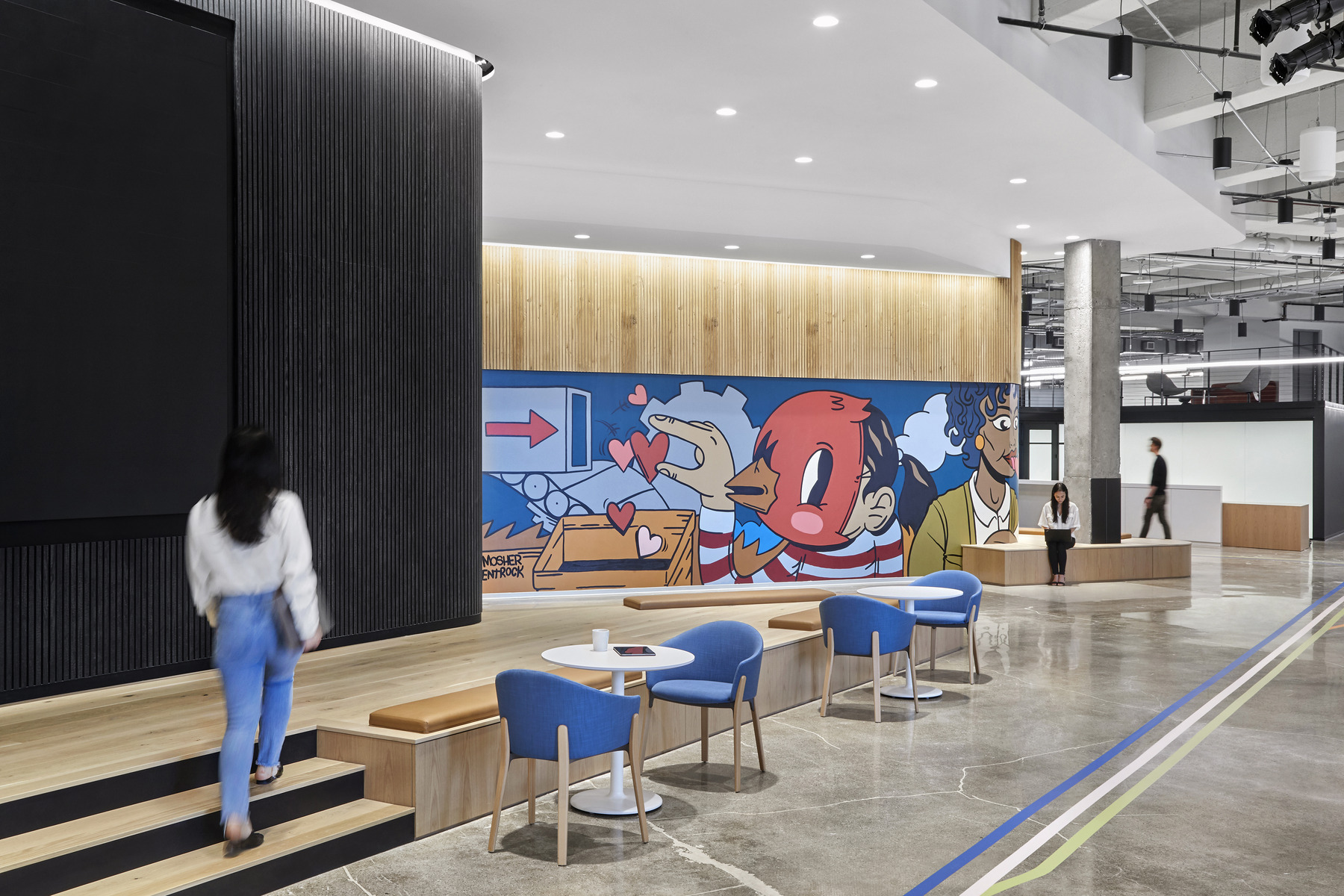 LinkedIn, Chicago
LinkedIn used its office expansion as an opportunity to incorporate more design moments that celebrate the company’s values while utilizing elements unique to the Windy City to create a sense of place. The architectural palette is inspired by the industrial history of Chicago, highlighted by steel elements and concrete flooring, along with more urban elements, including a custom mural by local Chicago artist Ruben Aguirre. Aguirre’s mural is featured at the stairwell connecting the first and second floors, where the artwork signifies both connection within the workplace and with the surrounding community. 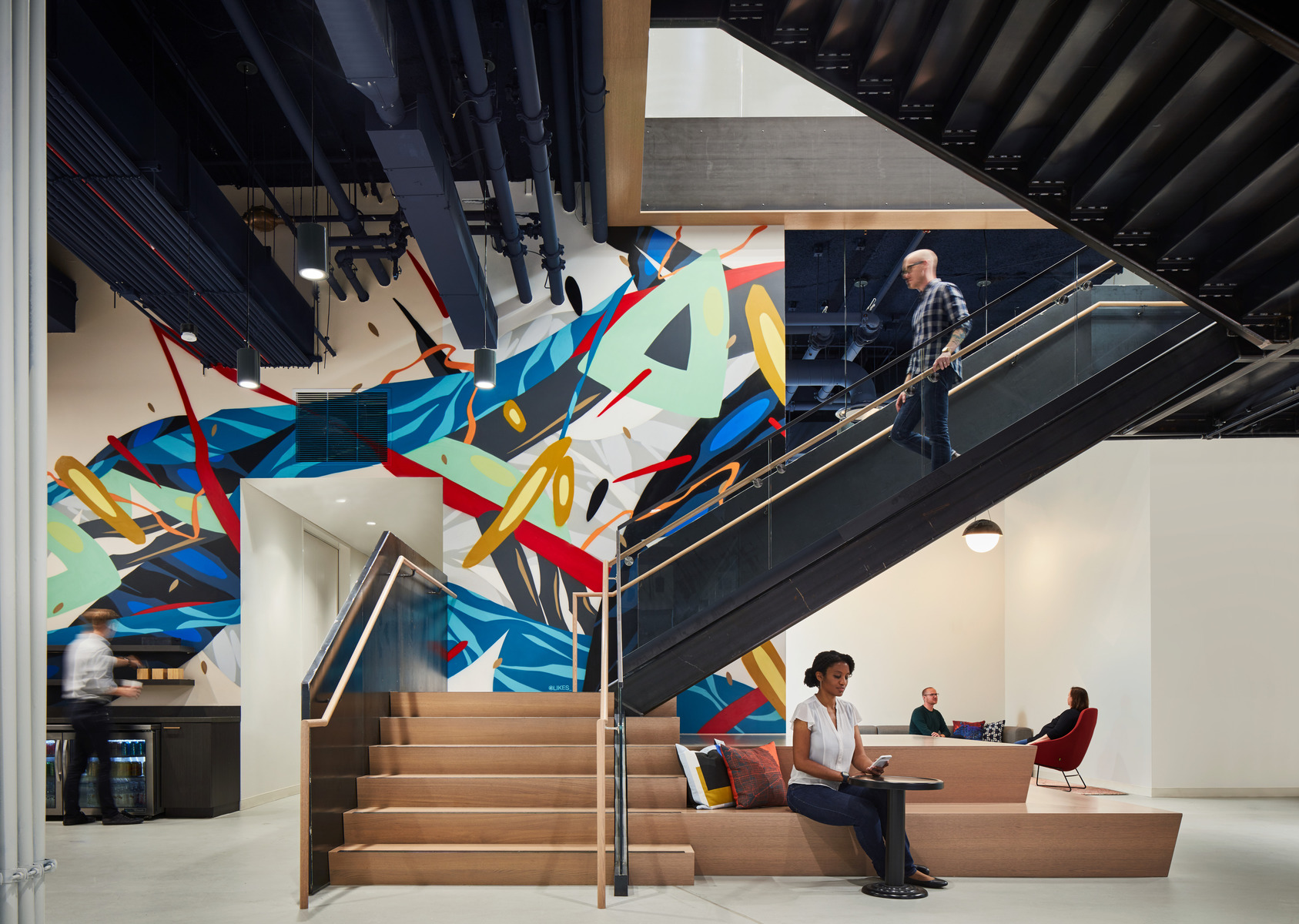 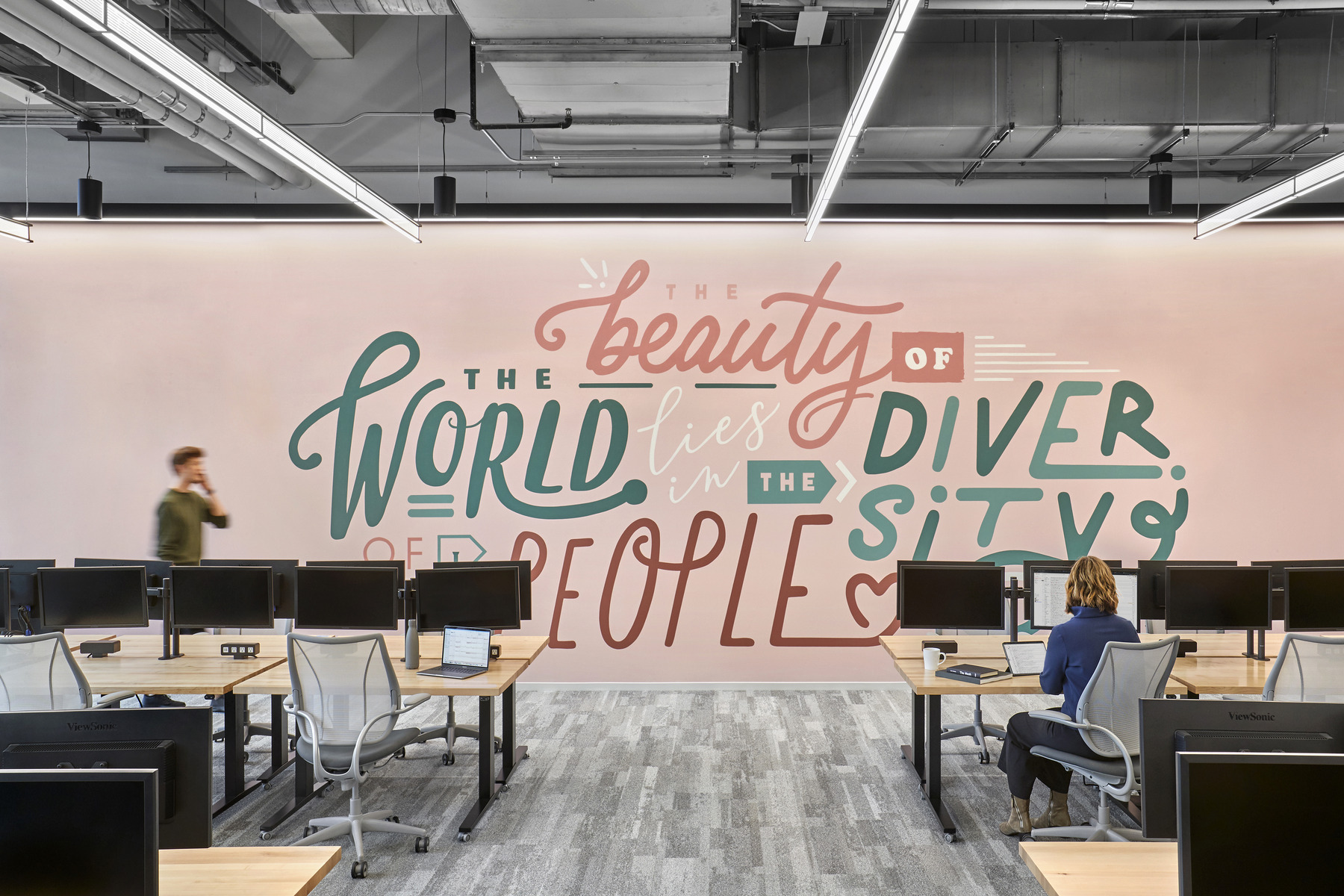 167 North Green, Chicago
Gensler worked with Johalla Projects to enlist Chicago artist Cody Hudson to create a modern public mural on the façade of 167 N. Green that inlays into passerbys’ daily life. In Chicago’s West Loop neighborhood, which is known for bold murals full of figures, characters, and narratives, Hudson’s mural adds subtle modernism to the scene with crisp lines and geometric forms, which hint to mid-century artworks and paintings from artists like Frank Stella and Stuart Davis. 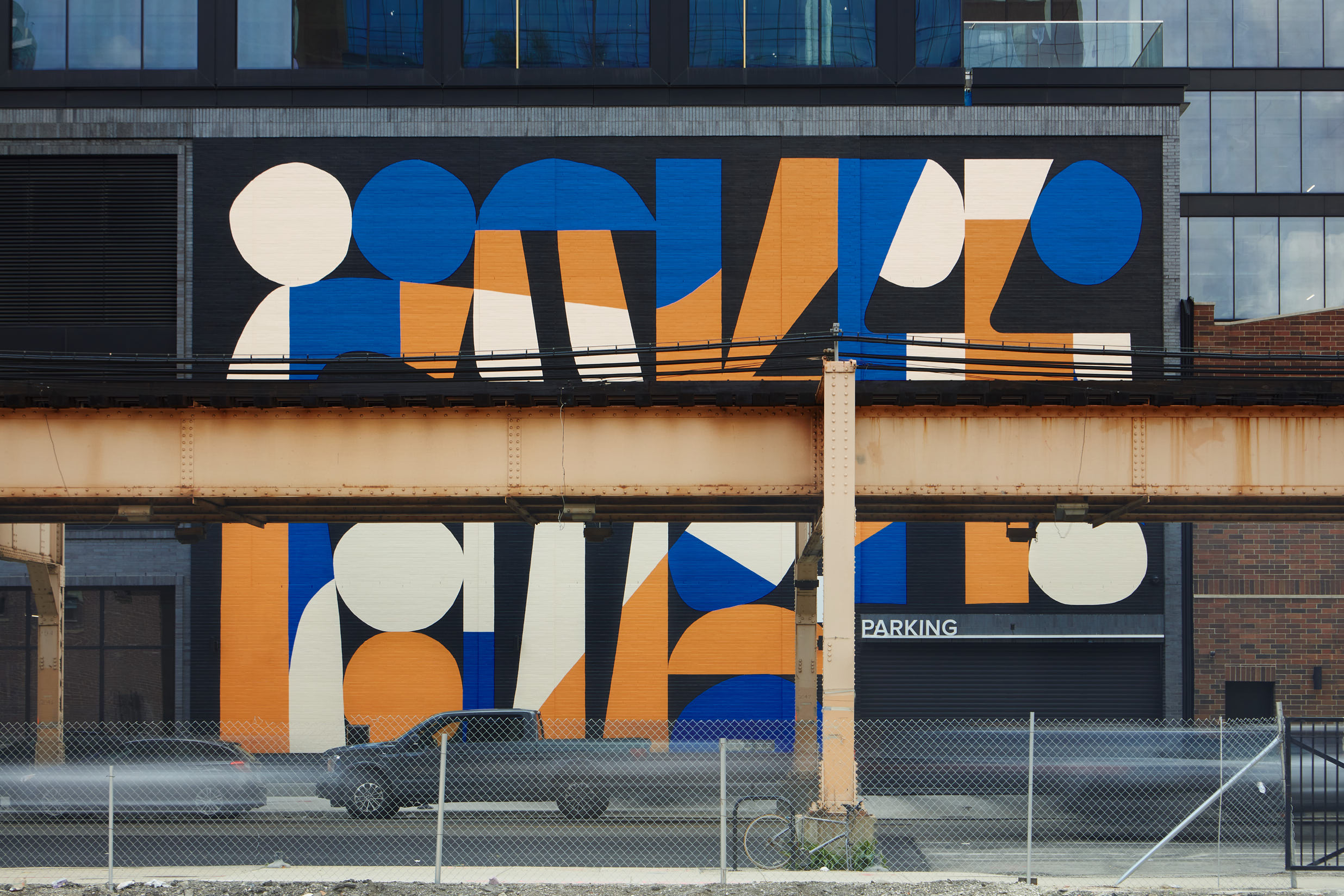 545wyn Exterior, Miami
In approaching the design of the building, Gensler aimed to celebrate the city of Miami and the culturally established community of Wynwood, which began as a garment district full of long, low-slung warehouses, in which the walls served as an inviting opportunity for graffiti artists. Gensler integrated 545wyn with these surroundings by incorporating the neighborhood’s unfinished and industrial nature into the building and extending the energy of the colorful graffiti canvas under the parking floor slabs, visible to all who pass by from as far as the nearest highway. 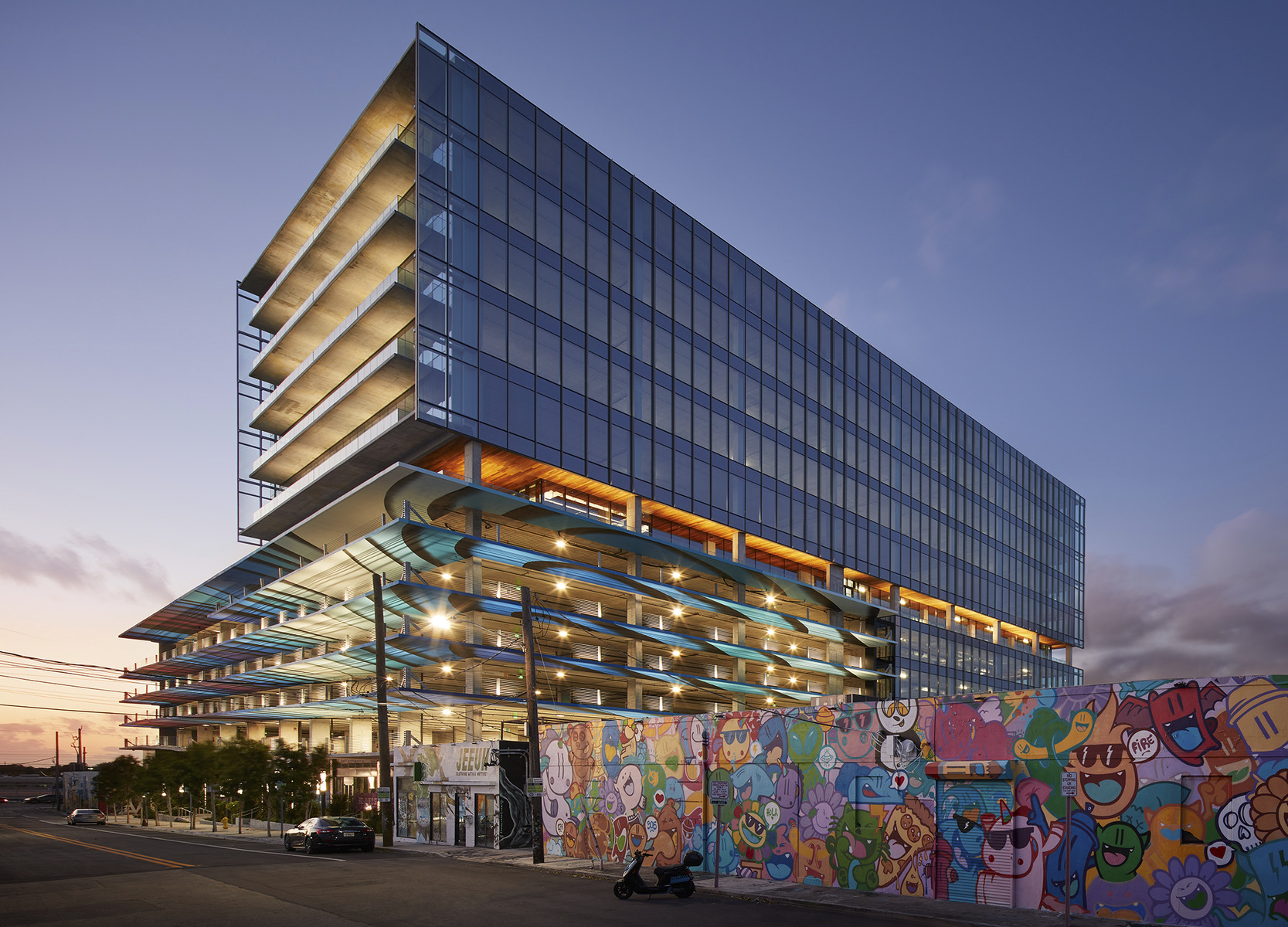 545wyn Lobby, Miami
As soon as visitors enter the lobby of 545wyn, they are treated to a space that draws a connection between the site’s beginnings as a zipper factory to its function today as a highly active mixed-use space in the heart of a thriving arts scene. Preserving the spirit of the old factory space resulted in a series of design gestures that celebrate the site’s rich history, including a feature wall finish made entirely of repurposed shirts by Eileen Fisher. 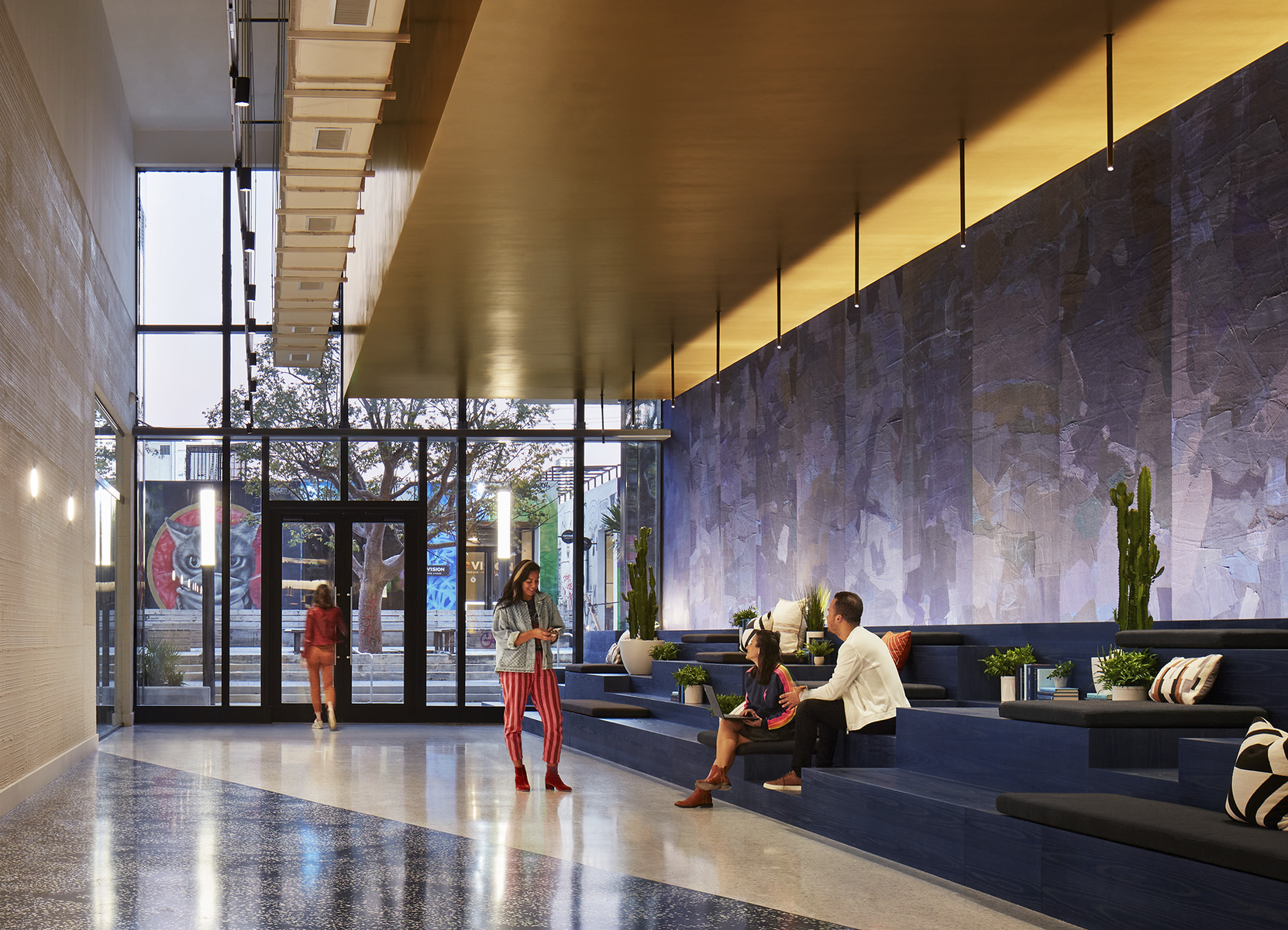 For more information, go to www.gensler.com.