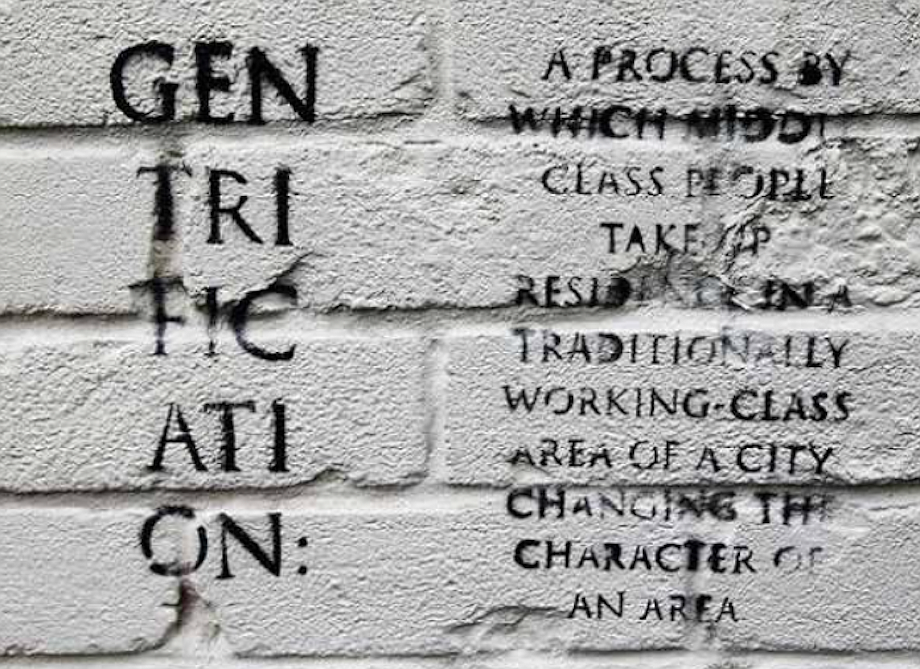 CULTURAL HERITAGE is often thought of as values and traditions, a shared bond belonging to a community often represented through art, artifacts, and architecture. This heritage is attempted then to be preserved through grand gestures to protect historically important entities. In a similar generalization, GENTRIFICATION is often thought of as an inescapable economic phenomenon that, like so many other components of capitalist lives, produces winners and losers, like the flipside of a coin. But the way society gravitates towards combining cultural heritage and gentrification into these ideological antagonistic forces does nothing more but cheapen the lived experiences of those most endangered by the hostile assault of transformative economic change.

WOODLAWN, a neighborhood located on the South Side of Chicago, is actively working towards preventative measures against gentrification that causes displacement, but not that which causes urban regeneration. With the development of the Obama Presidential Center in Jackson Park just bordering East of Woodlawn and the location of the University of Chicago bordering the North, the neighborhood stands particularly vulnerable if they are not cautious.

But a neighborhood such as Woodlawn is not scared of change, because they believe it is hard to gentrify a black community because it LACKS culture. There is more HISTORY than culture. They want to focus on reclaiming the historical contributions African Americans have made towards this country while forging a more modern way of how they can participate moving forward.

As a community, they have developed a network to participate in future developments so that the future of Woodlawn may be identifiably BLACK AMERICAN and INDIGENOUS. They seek to develop an overarching vision, one that embraces sustainability both environmentally and economically. They hope to serve as a model for black communities all over America.

By using gentrification as a tool to be inclusive, they hope to allow all people in the neighborhood to benefit off each other, because ultimately housing and buildings by themselves do not build a community. Generic exteriors largely regulated by zoning codes and bland aesthetic norms have no meaningful effect. Instead, it is the untranslatable vestiges of the interior lives found in the would-be displaced residents. It is their distinct presence that can be found in each and every home, in every man, woman, and child, that they carry with them throughout the streets.