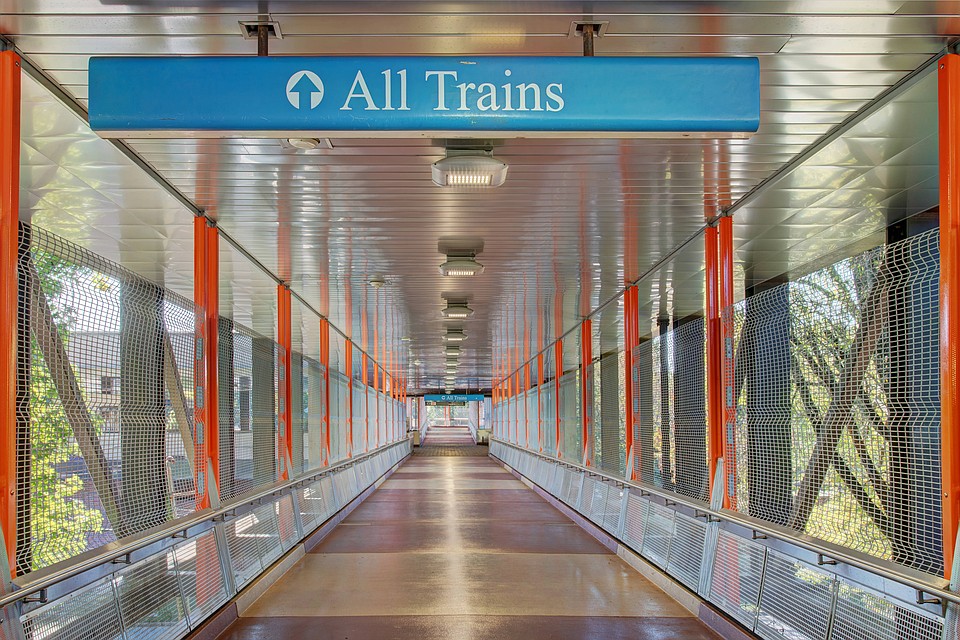 After 40 years of continuous use, the Inmanpark/Reynoldstown station was ready for an update. Due to its reliability and aesthetics, the Metropolitan Atlanta Rapid Transit Authority chose Rockfon metal ceilings for its pedestrian walkways and bridges.

After evaluating MARTA's design intent, the Rockfon metal ceiling system was the most promising choice to help the project with meeting performance requirements, and improving the look of the station without sky high costs.

Rockfon’s metal ceilings received approval for its capacity to meet the frequent pressure peaks caused by the MARTA and CSX trains' arrivals and departures. After testing the metal ceilings for air and water performance requirements for Atlanta’s warm, humid climate, the Rockfon metal ceilings were considered a good fit to the station's needs.

What are its uses?

The Rockfon metal ceilings does not absorb moisture, and does not support the growth of molds, mildew, and harmful microorganisms. This factor ensures that the aesthetic feature of the station will not easily deteriorate. Using Rockfon, the designers were able to give the station a "high-end look, without a high-end cost."

Rockfon also stood out because of its low-maintenance ceiling systems. The metal ceilings are designed to be recyclable - freeing contractors from worrying about how to dispose large metal batches.

To know more about their metal ceiling systems, you can visit them at https://www.rockfon.com/