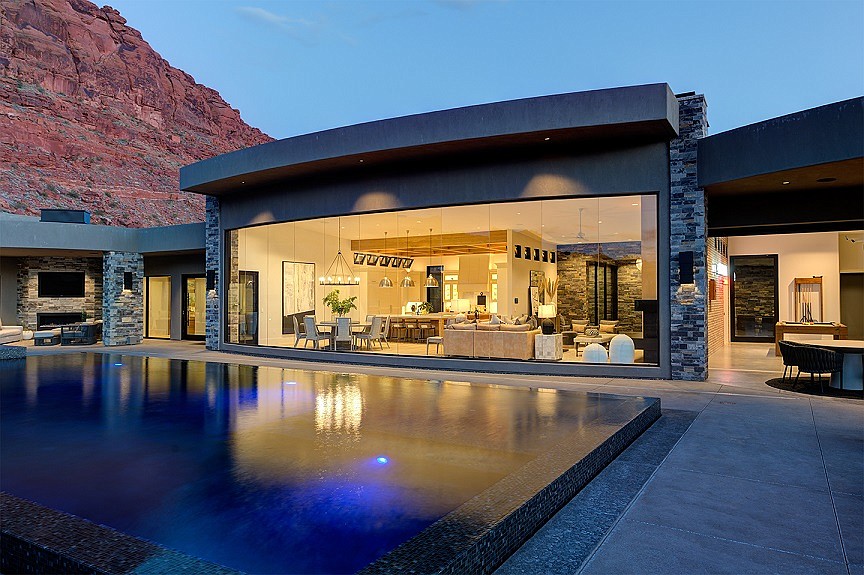 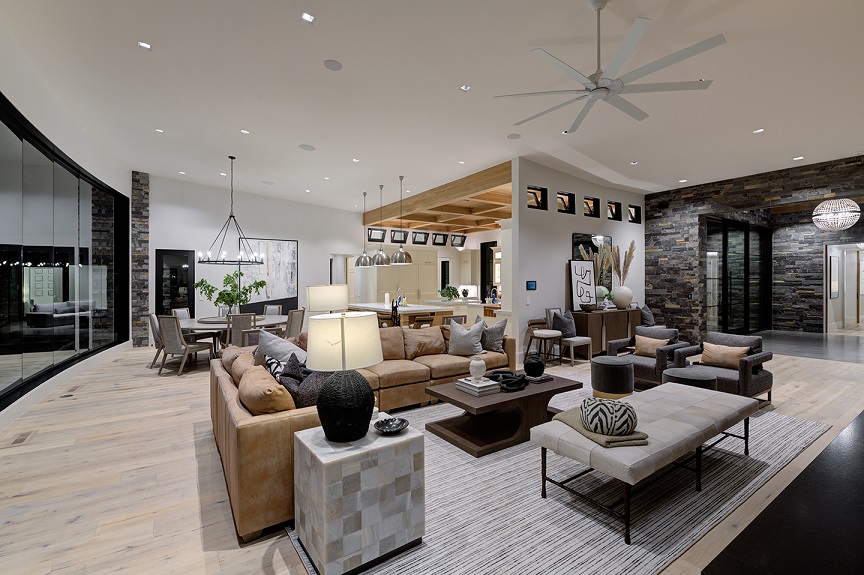 "The house has an almost industrial look to it, with a focus on clean lines," said Kevin Meredith, principal at JRC Lighting. "My goal was to keep the lighting understated and let the architecture, and the views, sell themselves.”

What was done?
Aculux AX4SQ precision recessed downlights were selected to provide ambient illumination throughout the home. The larger 4" aperture was chosen to complement the industrial feel of the rooms. An opportunity to use luminaires with square housing was also a big selling point for both Meredith and the owner because the square lines worked so well with the architecture. 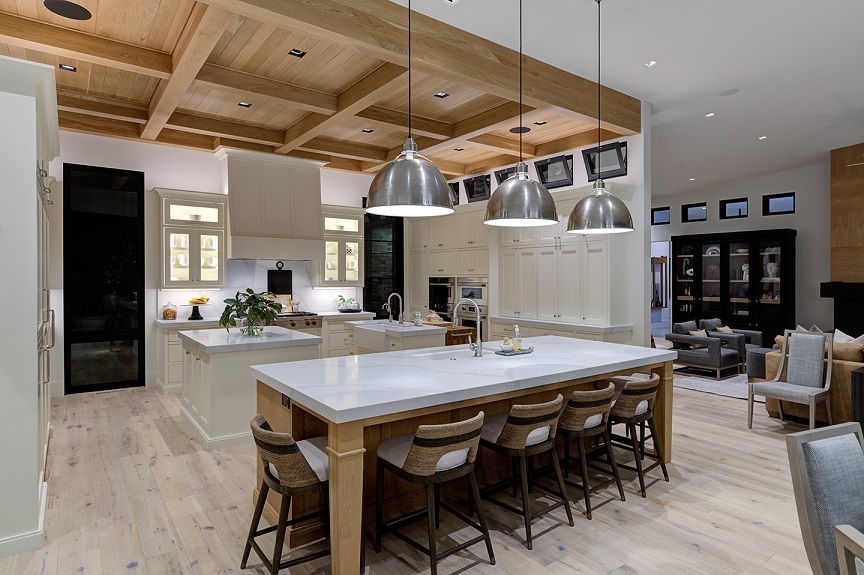 Image Credits: Aculux
One of the most challenging areas of the project was the thick wooden ceilings in the kitchen and select hallways. Installing flangeless fixtures in a wood ceiling, particularly square ones, can be tricky because there is no room for error. Each hole must be cut perfectly.

“Aculux makes it a lot easier than other manufacturers to work with flangeless luminaires,” said Meredith. “The wood ceiling adapter allowed the contractor to trace and cut prior to the installation. And then he was able to simply adjust the adapter within the housing as needed.”

The contractor also took advantage of Aculux’s Tru-Line™ Precision Installation capability to precisely align the square trims for each luminaire and from fixture to fixture along the ceiling. 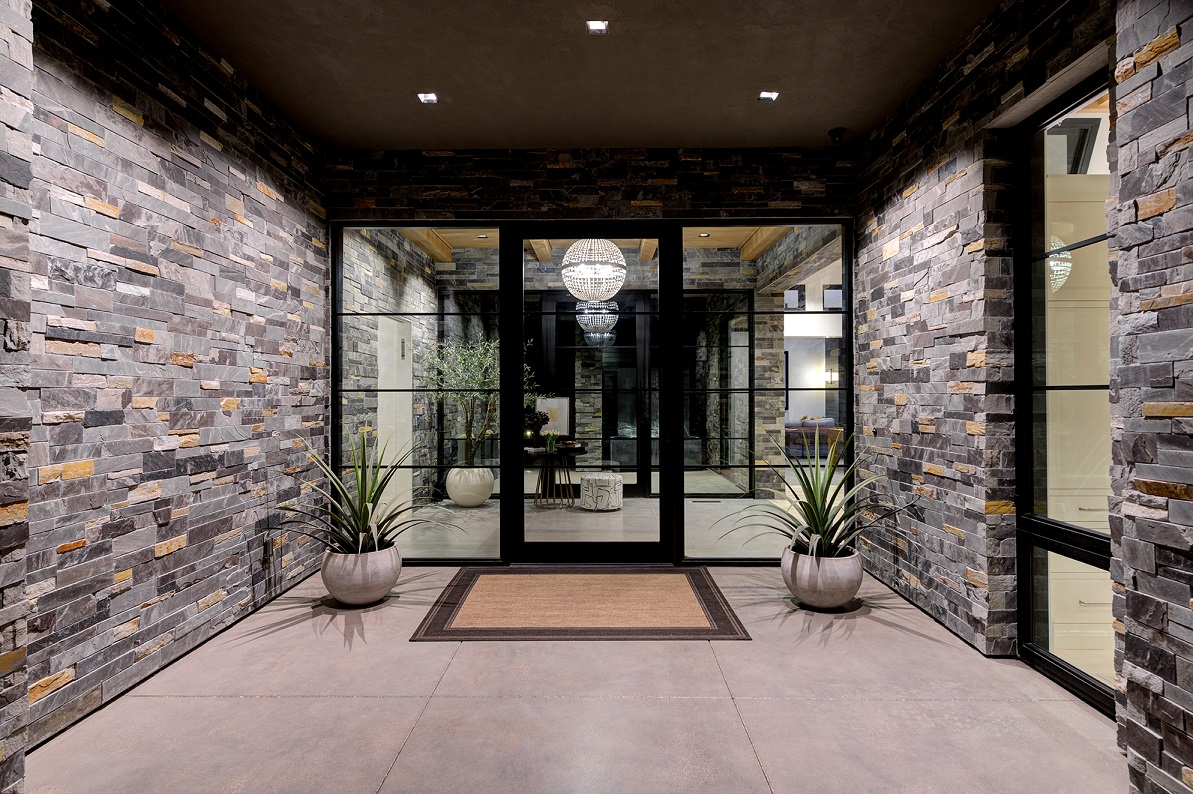 Image Credits: Aculux
With a variety of ceiling spans and heights throughout the home, it was necessary to map out the lumen output requirements to ensure the result would be uniform illumination across the space. With Aculux’s extensive lumen choices for a given fixture, different lumen packages were specified for each AX4SQ luminaire while maintaining the 4” square aesthetic throughout. And Aculux’s two-step binning ensures color consistency across the fixtures, which is another element contributing to quiet ceilings throughout the home.

What was the result?
Feedback has been overwhelmingly positive for the lighting design, beginning with the homeowner. During an annual St. George area home show, in which the house was featured, the contractor was onsite and reported that a significant number of visitors commented specifically on the exceptional lighting.

“My goal in a project like this is to let the fixtures disappear into the architecture,” Meredith said. “The Aculux downlights successfully highlight the best features of this home without taking away from the architecture or the views.” 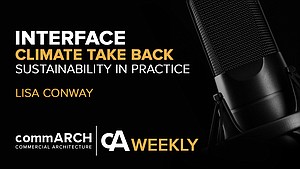 In this episode, commARCH has a dialogue with Lisa Conway, Vice President of Sustainability at Interface, to discuss the ever-more-important ...