A Wellbeing Refuge -- At CERSAIE 2021 Pininfarina presents “The Cave” 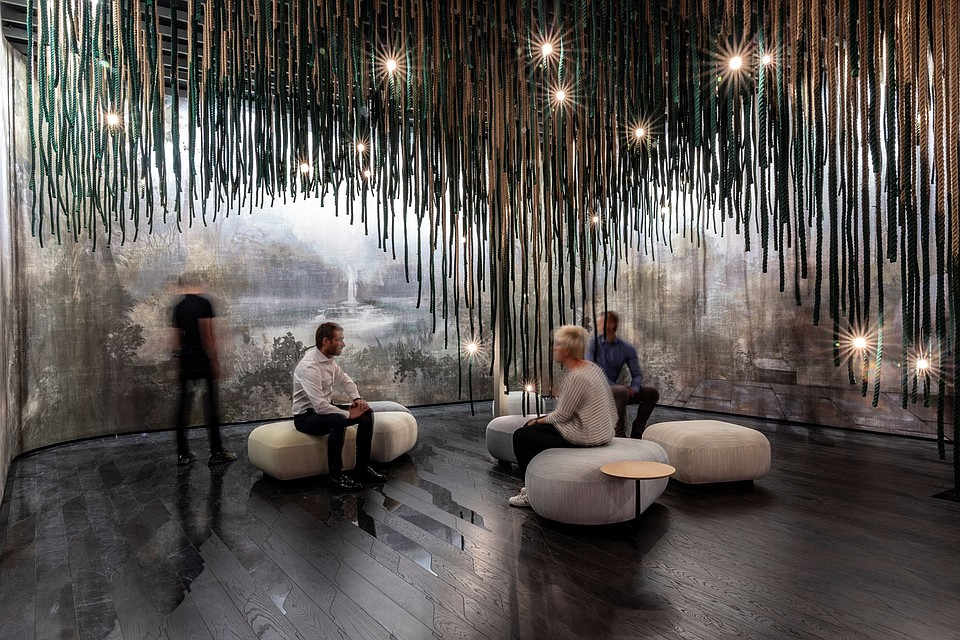 What?
Pininfarina Architecture is unveiling a site-specific installation called “the Cave” at CERSAIE 2021, the international exhibition of ceramic tile in Bologna, Italy. More specifically, the Cave is featured within Archincont(r)act initiative, in which ten of the most influential and internationally renowned architecture firms were called to ideate a concept for outdoor spa and wellness. 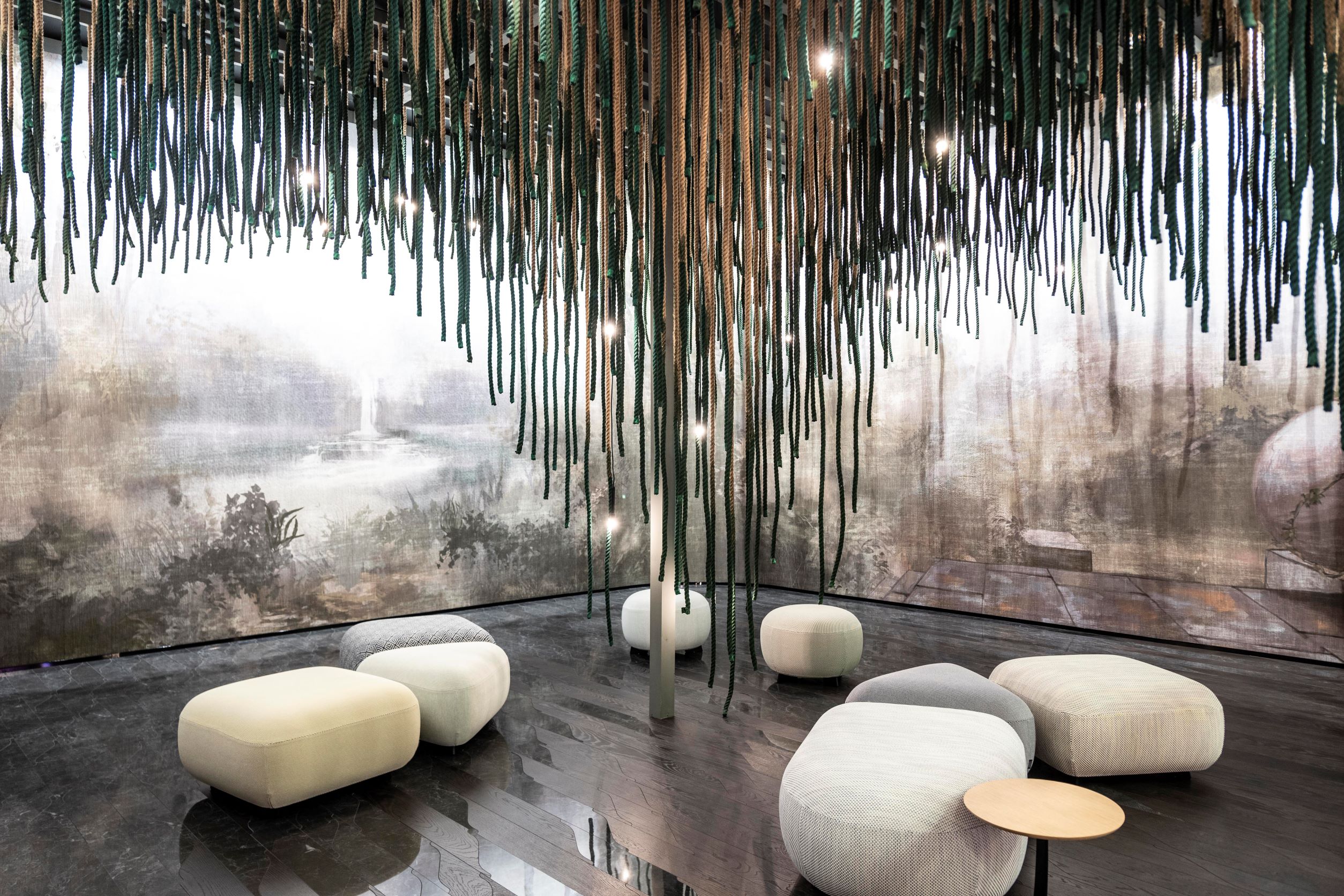 What was the inspiration behind the design?
Exploring the interconnections between physical and mental well-being and the built environment, Pininfarina elaborates on the role of architecture through a space inspired by a cavern, intended as human’s ancestral refuge, a place that fosters meditation and connection with Nature throughout all five senses.

What does the Cave feature?
With its distinct ecosystem, the Cave provides mindfulness sensations, enhancing a feeling of wellbeing while seamlessly accompanying the users in a place that feels like suspended in time.

The Cave imitates a natural refuge overlooking a green space reproduced by wallpapers designed together with Inkiostro Bianco and inspired to the ‘boscherecce’, eighteenth-century frescoes which are unique in historical buildings of the city of Bologna. 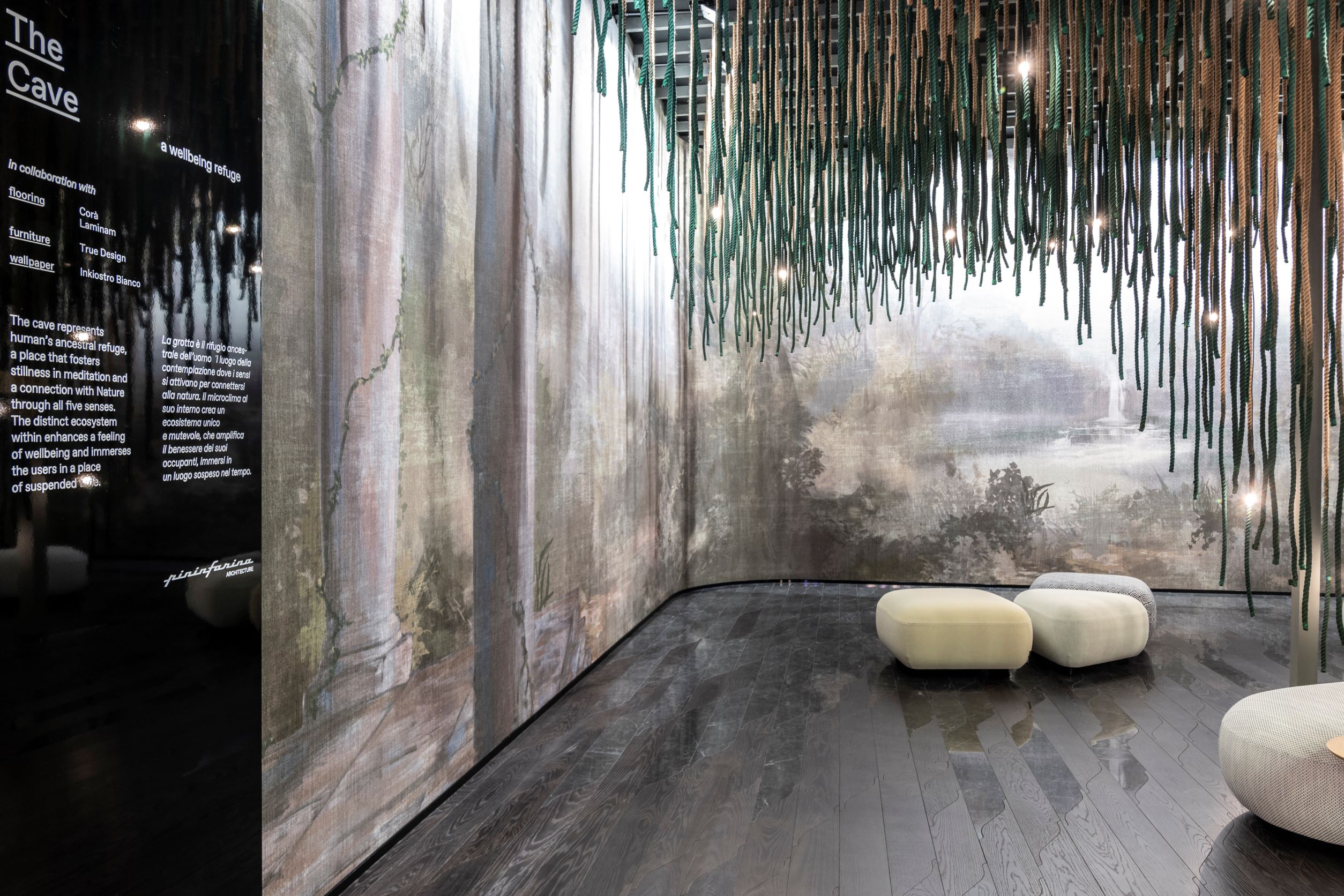 Image Credits: Pininfarina
How was Cave's unique design achieved?
The connection with nature is clearly perceived in all the stylistic choices of the stand, starting from Miraggio, a wood flooring designed by Pininfarina for Corà, the largest distributor of parquet in Italy, characterized by geometrical patterns inspired by natural elements integrated with ceramic components produced by Laminam.

The ceiling is studded with a constellation of ropes of various lengths that recall the incredible spectacle of stalactites, which are slowly but relentlessly formed by the overlapping of small drops of water pervading the rocks, manifesting, in all their power, the incredible uniqueness of natural environments.

The selection of furniture was made in collaboration with True Design, presenting a system of modular puffs suitable for outdoor use, which recall the calcareous stones present inside a cavern.