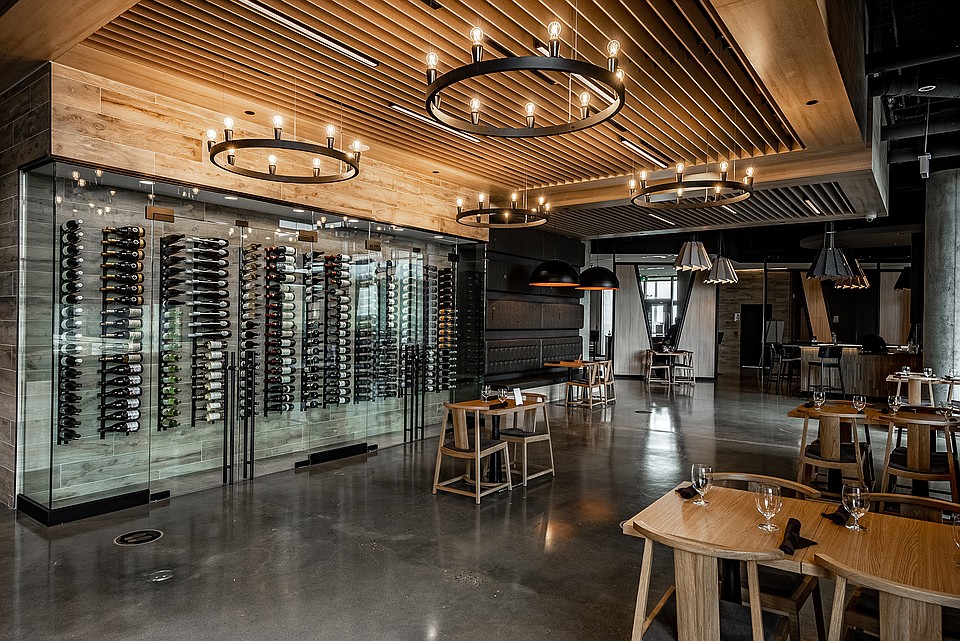 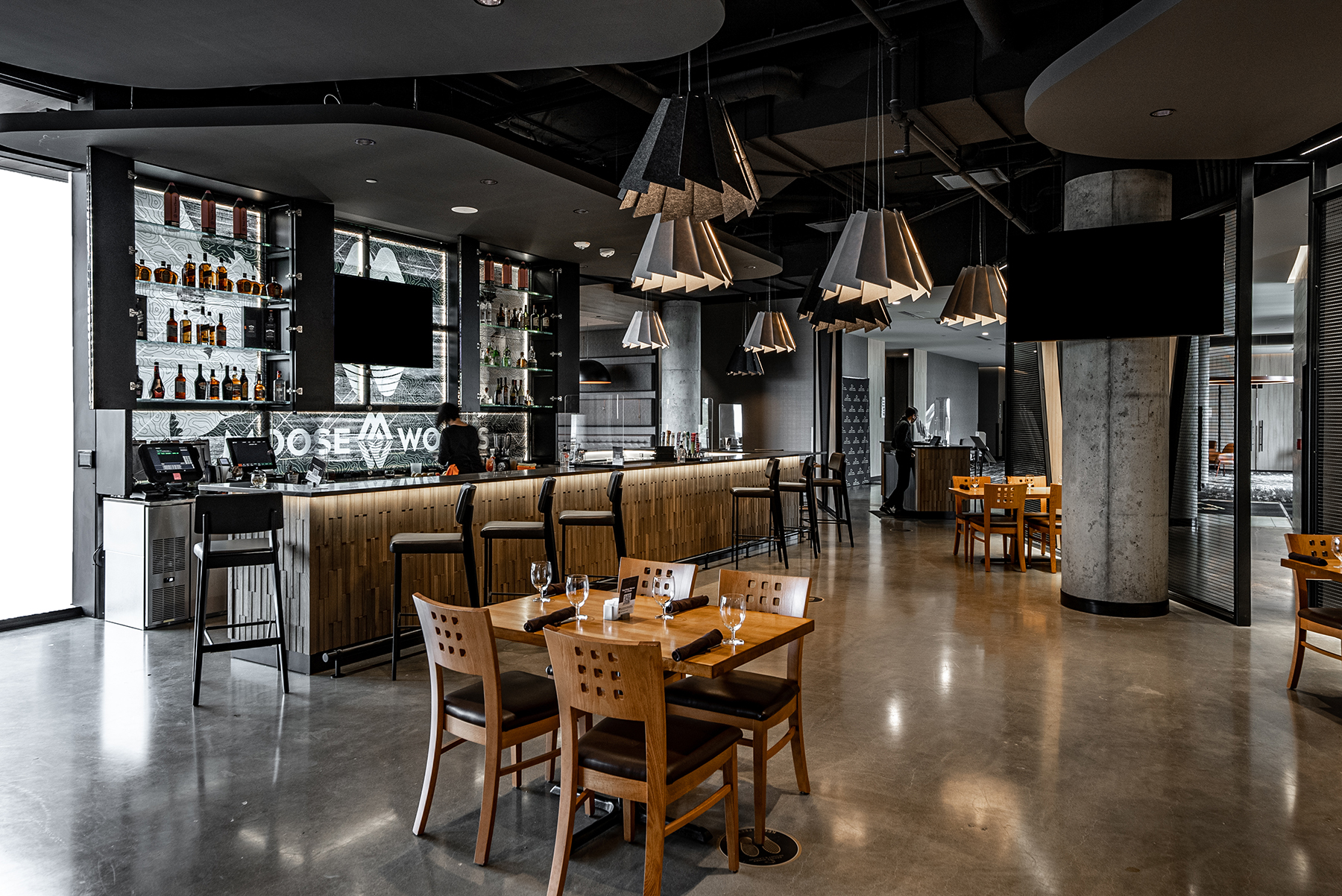 King Rose Visuals
The project has been a significant one for the Whitecap Dakota First Nation, bringing significant employment opportunities during construction and now in operations and management. It has generated a good deal of excitement and positive feedback, and the community is incredibly proud of the result. Each fixture in place adds a lot of interest and depth to the design concept.
What are the key aspects?
Water is the theme for the exhibit corridor, which is the main artery between the lobby, conference rooms, and the bar and restaurant. Floor to ceiling windows lines one side. In this space, Celeste luminaires are suspended over exhibit cases along with the windows, which display Indigenous artifacts and special gift shop items. The clean, minimalist pendant features an elegant artisanal casted glass disc. Light is blended through an internal diffuser, sending warm illumination over the cases below.
Celeste was selected because of the organic shape of the glass on the fixture and the ability to stagger multi-stack fixtures; this blended seamlessly with the element of water in this corridor. And single and double luminaires were staggered along the corridor to create the illusion of rain coming down. 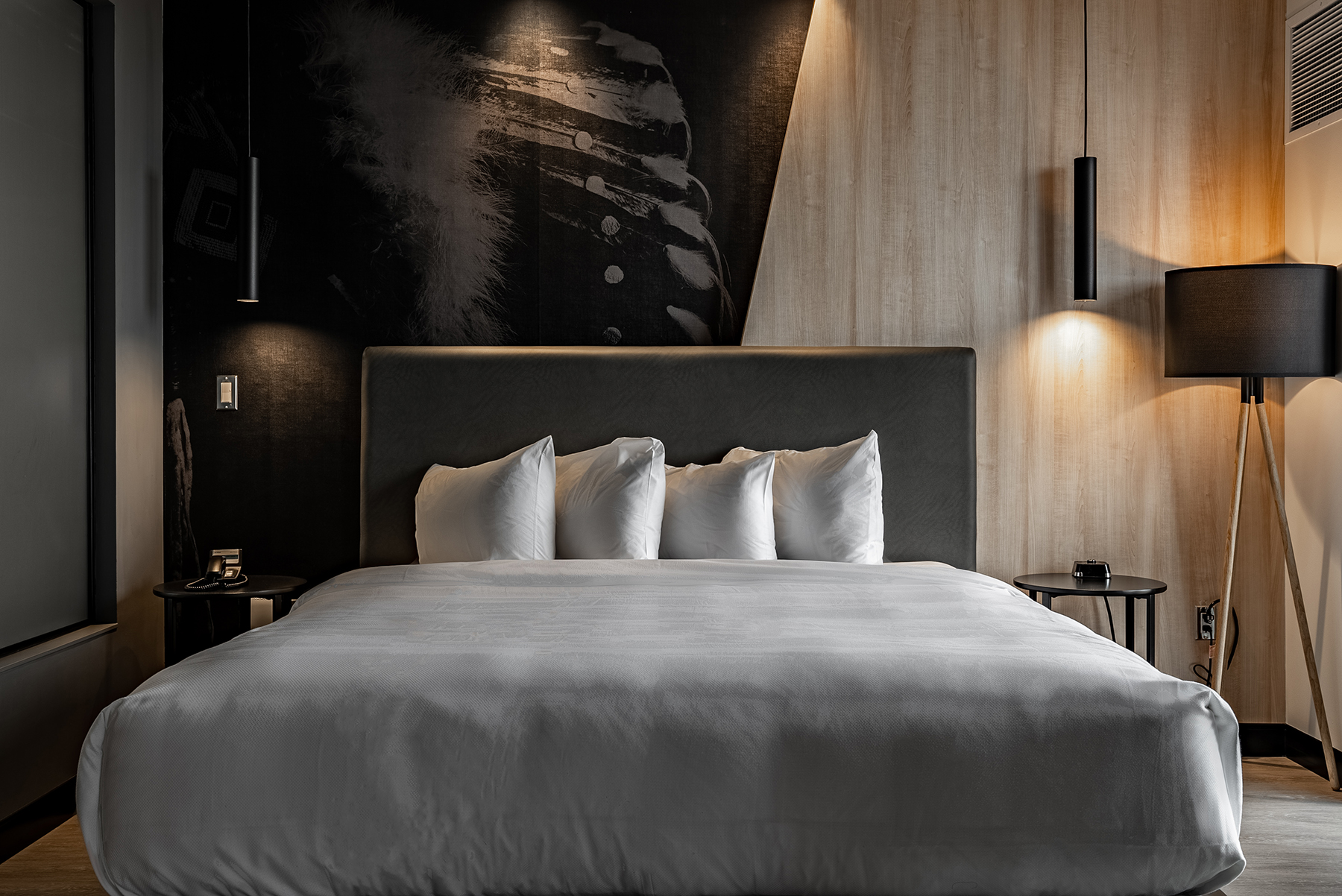 King Rose Visuals
Eureka's Focus luminaire provides ambient lighting along the corridor, installed as pendant and surface mounts along ceiling tracks. The luminaire spotlights decorative features along the hallway while effectively illuminating the floor below. A black finish against a black track and ceiling ensures that it effectively blends into its environment.
Earth themes are illustrated in the restaurant and bar areas. While the restaurant is not a large room, its ceiling is very high. So, lighting was used as an architectural feature to define different zones within the space. Four Alver luminaires are suspended below acoustic bulkheads to illuminate the seating areas. Nine light sources around the 42" diameter ring provide uplight to the wooden bulkheads and down to the tables.  And because of its large scale, the lighting location does not limit the placing or spacing of the furniture. 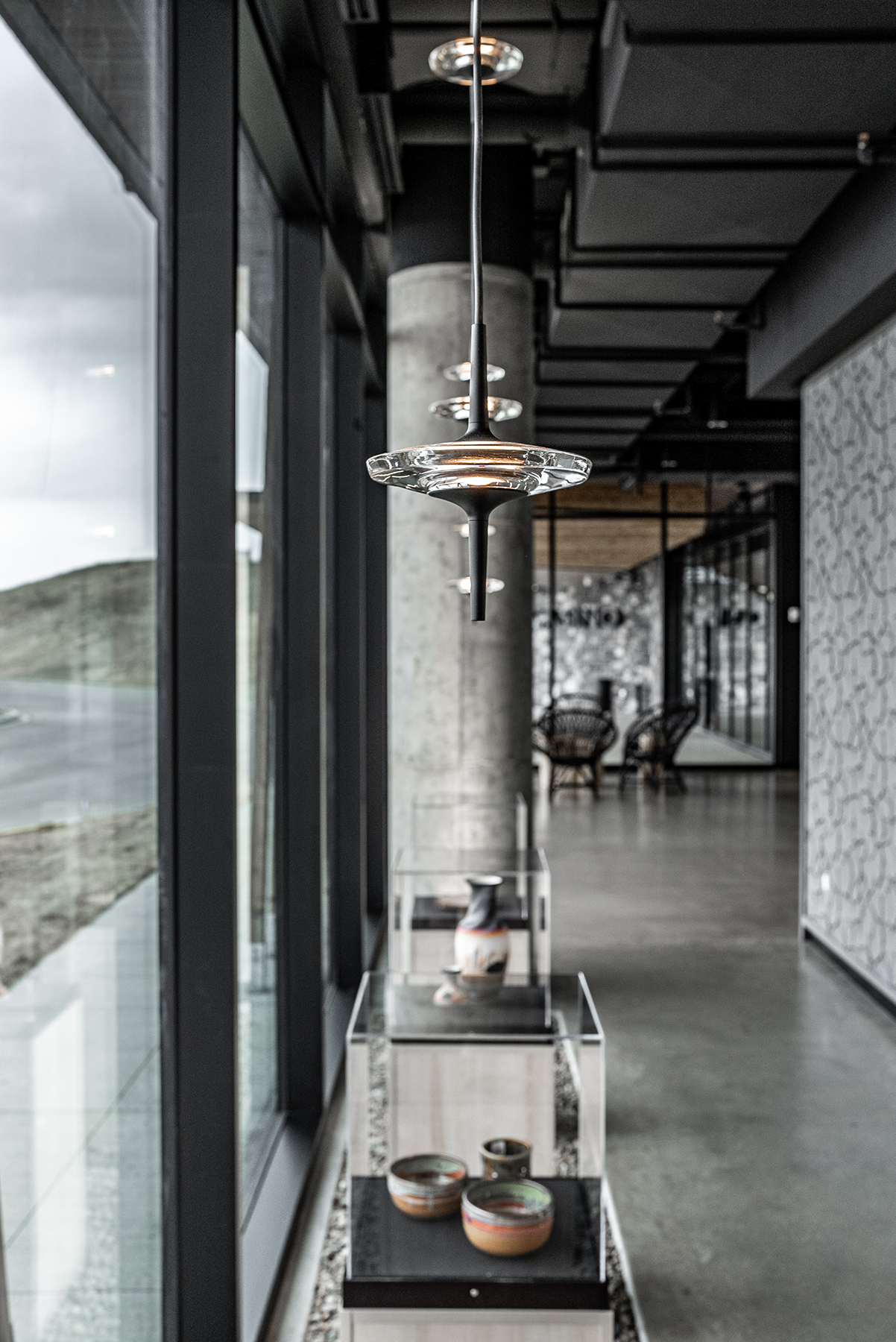 King Rose Visuals
The importance of the cattle industry, and the role of the bison in traditional Indigenous culture, is represented in the restaurant and bar through the color palettes, fabric, and graphics. Designers chose Eureka's Mute fixture for the bar area because its shape and felt panels subtly represent basket weaving. Ten oversized pendants are suspended randomly and at different heights across the elevated bar ceiling, bringing down the visual volume of the space. In two neutral colors, the luminaires also complement the textures and colors in the rest of the room.
Guestroom design reflects the Air theme, with plenty of natural light, patterning in the carpet, and a lighter color palette. From the Nation's leadership, Chief Bear, a headdress photo has been transformed into a graphic wallpaper behind every room’s headboard. The sacred piece needed to be the focal point. In place of standard table lamps, designers used sleek Scout pendants above each nightstand. With a small 2.75” aperture, the 18” high black pendants are discreet while directing a narrow beam of light over the surface.