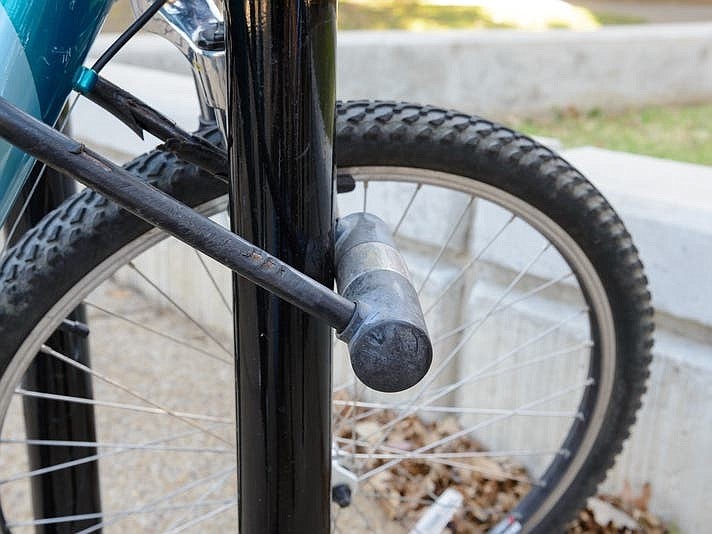 What?
Jersey City to get 30 storage pods cyclists can use for a more secured parking.

Who?
Oonee is a Brooklyn-based company that specializes in secure urban bike storage. Oonee offers customizable storage pods meant for cyclists to use as secure parking. The exterior of the pods is used for branding and sponsorships of the city's liking.

What does the plan include?
In Jersey City, Oonee has 30 stations planned to eventually pop up across the city. One Oonee station is already in place in Journal Square. The Jersey City system will be powered via sponsorship and advertisement revenue and will be free for the public to use.

The secure bike parking is part of the city's larger plan to expand safe cycling and reduce cars on the road. In 2020, Jersey City started a rollout of protected bike lanes throughout the city using planters, curbs, parked cars, or bollards to physically separate and protect bicyclists from passing traffic in the right-of-way. The push behind protected bike lanes is part of Mayor Steven Fulop's plan to rid the city of any traffic-related fatalities by 2026 — in 2018 Fulop signed an executive order committing Jersey City to this "Vision Zero." The executive order formed a task force that created the city's first-ever Jersey City Bicycle Master Plan.

Why is this important?
"We're looking at this comprehensively as an option to provide bicyclists with secure storage to protect resident-owned bicycles from snow, rain, and other weather elements as well as potential bicycle theft or damage," said Jersey City Spokeswoman Kimberly Wallace-Scalcione, "The proposal is part of the City's Bike Master Plan where residents overwhelmingly agreed that if they had a secure storage for a bicycle, they would use a bike to get around the city much more frequently as an environmentally- and traffic-friendly alternative to using personal vehicles or mass transit."

This is an abridged version of the article. The complete version, originally published by Patch, can be found here.