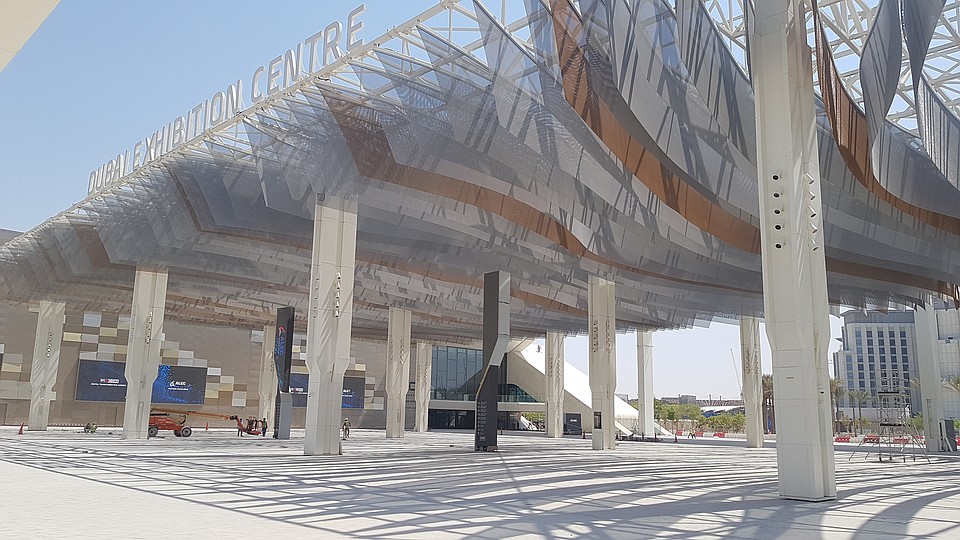 Where did it happen?
Dubai World Expo
Who was involved?
The first spectacle of architectural design to be encountered by the expected 25 million visitors to Dubai World Expo is the soaring kinetic shade canopy over the visitor arrivals hall.
The result of a collaborative design with Woods Bagot Architecture and Kaynemaile, the creators of architectural composite mesh systems, this 130,000 ft2 shade canopy acts as a passive heat management system for visitors waiting in 100-degree heat for security checks.
Client: Dubai World Trade Centre (DWTC) UAE
Consultants: Mace Construction
Architects: Woods Bagot UAE
System design: Kaynemaile
Lighting: C+D Lighting
Material: Kaynemaile WonderCool™ Mesh
Main contractor: Alec Engineering and Contracting
Installation: Mr. Shady
When did it happen?
2021
Why is it important?
With 192 nations exhibiting in this once-in-five-year World Expo event, the leading architects, creatives, and constructors see this as “the Olympic Games of architecture and construction.”
This is no ordinary shade canopy solution. As the ‘first impression’ installation at Dubai World Expo entrance, it needed to be visually dramatic and highly functional to reflect this international display of elite architectural creativity that is synonymous with this global exhibition.
Unlike most of the 192 World Expo country pavilions which are destined for removal or redevelopment after the event closes, the DWTC arrival hall is considered a ‘legacy installation’ which means it will continue to create moments of wonder for many other events held at this massive convention center and offer a cool space for those who pause and admire what is being called Kaynemaile’s ‘WonderCool’ canopy.
What are the key aspects?
By day, the Kaynemaile canopy offers a cooling 70% shade protection for the visitors queuing to enter the World Expo, coupled with a calming sensory experience generated by the fluid movement of the 55 overhead screens running the length of the 60m long arrival hall.
This kinetic movement triggers not only air passage throughout the space, but also creates an interplay of shadow and light both on the ground and throughout the mesh layers overhead. Kaynemaile calls this ‘the WonderCool Effect,’ bringing life and movement to static architectural spaces. By night, an entirely different experience emerges as the canopy comes to life exhibiting dynamic light shows utilizing the defusing and reflective qualities of the Kaynemaile mesh. 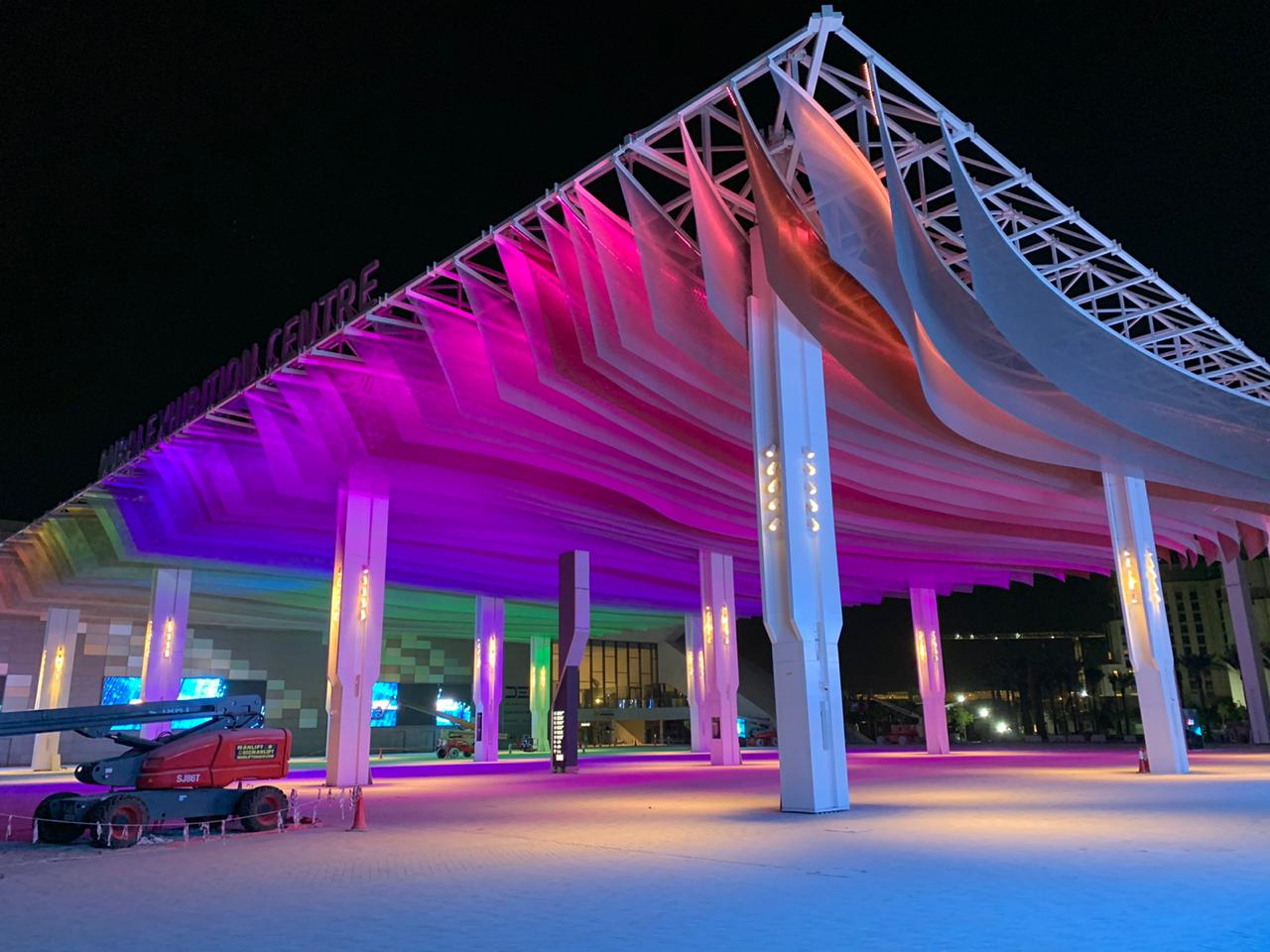 Kaynemaile won ‘best new architectural product’ at the NYCxDesign Awards in 2019 and is installed on building exteriors as well as interiors in several U.S. cities including Los Angeles, Seattle, Detroit, Columbus, Atlanta, and New York. Internationally Kaynemaile has provided design solutions in Australia, China, Dubai, Germany, Italy, New Zealand, Saudi Arabia, Singapore, South Korea, the UK, and Vietnam.
Several U.S. installations are on car park building exteriors. A unique element of Kaynemaile is its solar reduction benefits to both the building it protects and indirectly the surrounding urban area (aka the Urban Heat Island). By protecting the building mass from direct sunlight and not restricting the cooling effects of air movement, Kaynemaile significantly reduces the total energy costs required to cool a building in hot climates.
The three-dimensional mesh structure means a high proportion of the mesh surface area is always in shade, giving a cooling effect as the air passes through the cross-sectional open area. It significantly reduces both radiant and thermal conductive heat from entering the building envelope by up to 70%. Unlike steel mesh products which act as conductive energy stores, Kaynemaile mesh remains at a near ambient temperature, thus protecting the building and surrounding environment from heat conduction.
In October 2019, only 12 months before the Covid-delayed Expo was scheduled to open, Kaynemaile was approached by Mace Group UAE, the technical consultants for the client Dubai World Trade Centre (DWTC). After validating their mesh as the only suitable material for this project, Kaynemaile then worked with Woods Bagot Architecture to co-develop and engineer a solution. After a four-month design process, the canopy was custom-produced over three months in New Zealand at Kaynemaile’s precision manufacturing facility in the capital city Wellington in four high-performance exterior colors to reflect the palette used throughout the space.
Kaynemaile mesh is crafted from lightweight engineering-grade polycarbonate using their own patented injection molding process. It is 100% recyclable and aligns with the circular economy approach to design and manufacturing. The inspiration for the innovative architectural product came from Kayne Horsham’s role as Weta Workshop Art Director for Creatures, Armor, and Weapons on the Academy Award-winning Lord of the Rings trilogy. Horsham was responsible for designing and prototyping all the armor systems used in making the films and became captivated by the kinetic and visual effects of this ancient material.
For Dubai World Expo Kaynemaile has also conceptualized, designed, and created the living build façade of the New Zealand Pavilion located in the Sustainability District.